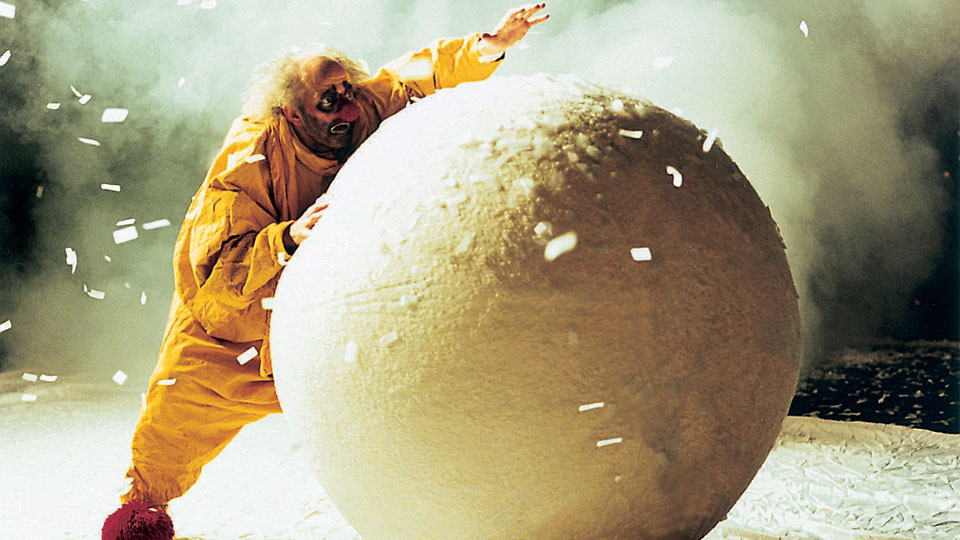 A combination of theatrical clowning and breath-taking visual effects, it is a show unlike anything you have ever seen before – a world of wonder, in which a bed becomes a boat, a web of cotton envelops the audience and one tiny piece of paper becomes a snowstorm that will, quite literally blow you away. Slava’s Snowshow is a stunning spectacle, which combines the unbridled silliness of slapstick with visual extravagance and beauty, all of which has established its creator, Slava Polunin, as a creative genius of international acclaim.

Slava’s Snowshow is performed by a world-renowned company of clowns led by Slava Polunin, the Artistic Director of the St Petersburg Circus. Influenced by artists such as Chaplin, Marcel Marceau and Engibarov, Slava and his company have taken clowning out of the world of circus, and brought it to a far wider audience. In its 22 years, the show has been performed in 120 cities in 30 countries to more than 3 million spectators.