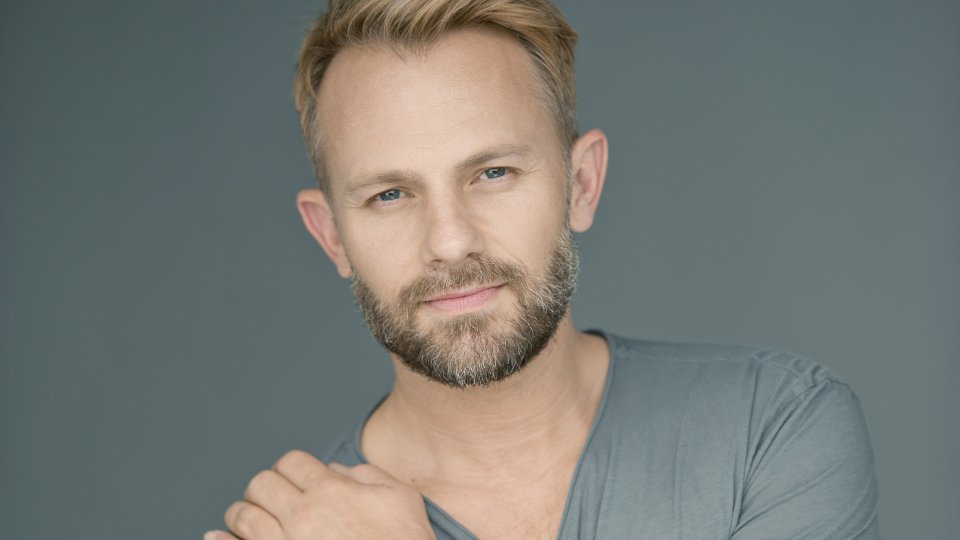 British actor Craig Robert Young has been going from strength-to-strength in his career and his latest role sees him joining the popular TNT series The Last Ship.

Starring opposite Eric Dane, Adam Baldwin and Rhona Mitra, Craig will make his debut in this Sunday’s episode. As well as making waves on screen, Craig has also enjoyed success in theatre as well as music.

We caught up with Craig to find out more about his role on The Last Ship, talk about his work in the theatre and reminisce on his days as a popstar.

Hi Craig. How are you today? Where does this email Q&A find you?

Hi there, I’m great! I’m just in the air coming into land at Heathrow Airport.

You’ve joined the cast of The Last Ship for the show’s second season. Tell us about the character that you play.

Yes I’m so excited to be joining the show. Declan is a part of a rogue nuclear submarine, who as a collective are trying to destroy the cure that’s onboard the U.S. Destroyer, The Nathan James. Commandeered by Chandler, played by Eric Dane.

What attracted you to the role of Declan?

You’ll soon notice that Declan isn’t quite like the others. He truly believes in the good of the cause they are embarking on. He has respect for his captain, Sean played by Bryan O’Byrne but little respect for anyone else that crosses his path. He also has one of the toughest jobs aboard the vessel, he’s the sonar operator (the ears) so at times demands complete silence, which isn’t easy for this band of criminals.

The Last Ship has an incredible cast. What was it like working with Eric Dane and the rest of the crew?

The cast are amazing and the crew. It’s a very male-centric show – lots of fun flights, explosions, smoke, action sequences, so there’s a lot of that feeling of actually being with your comrades on and off set. I knew a couple of the actors before we started shooting, so it was great to hang out with them. As Eric Dane and I are on opposite vessels at this point, there’s not a lot of interaction between us. Yet!

You’ve got a lot of acting credits to your name now. What’s been your favourite role to date and why?

Piet Hartog in “Return To The Hiding Place”, the leader of the resistance fighters in the Netherlands during World War Two. A true life story that’s very much part of history, these youngsters saved over 800 lives, whom a lot where kids. I learned so much during my research, obscure documentaries of concentration camps, reading many autobiographical stories of people who were actually there. Most nights I’d fall asleep crying letting these atrocities drive my character, to give poet motive to fight the good fight.

You’ve recently been starring in Lianas Debt at the Circle X Theatre in L.A. What was that experience like for you?

We are in early days actually. We have just been workshopping it and will probably start the run in October. The play is an original piece that forces you to look at the importance of your promises, while dealing with relationships, sexual desire, and our main wants and needs in life and to want lengths we are prepared to get it. I love working with the director Mark Bringleson; he has an amazing vision but also allows us as the actors bring things to the table too.

Would you consider coming back to the UK for a West End role in the future?

Absolutely. If the right part came up, I would jump at it.

We remember you from your Deuce days. Do you still do anything in music or have you left that behind you now?

Deuce was an amazing time of my life. Imagine being a late teenager, getting to perform all over Europe and on Top of the Pops (it’s kind of crazy, when you think about it). In my spare time I’ve been having some fun  songwriting, working with an amazing songwriter Elaine Macaluso and the brilliant artist Keaton Simons. Watch for that name he’s gonna be huge!

Congratulations on your recent engagement. The video of the proposal went viral recently and it looked incredible. Did you have any idea it was going to happen?

Not one bit. Michael was acting a little suspicious that day and being terribly sweet, so I did think he either wanted something or was up to something. But he had the perfect rouse, our good friend Charlie was in Cuba with us and it was his birthday that day, so he said he had a surprise at the restaurant for Charlie.

I have a feature coming out called “Kiss Me Kill Me”, a modern day film noir set in West Hollywood. I play Jeff, a psychologist and best friend of Dusty, who has just woken up from a coma to hear the news of the death of his fiancé and he’s the prime suspect. I haven’t seen the final result yet, but we had a great time making it. Director, Casper Andreas and screenwriter/producer David Michael Barratt had an amazing vision and a real great talented bunch of actors – Gale Harold, Van Hansis and Brianna Brown.

The Last Ship continues on Sky 1 HD Sundays at 8pm.

Advertisement. Scroll to continue reading.
In this article:Craig Young, The Last Ship