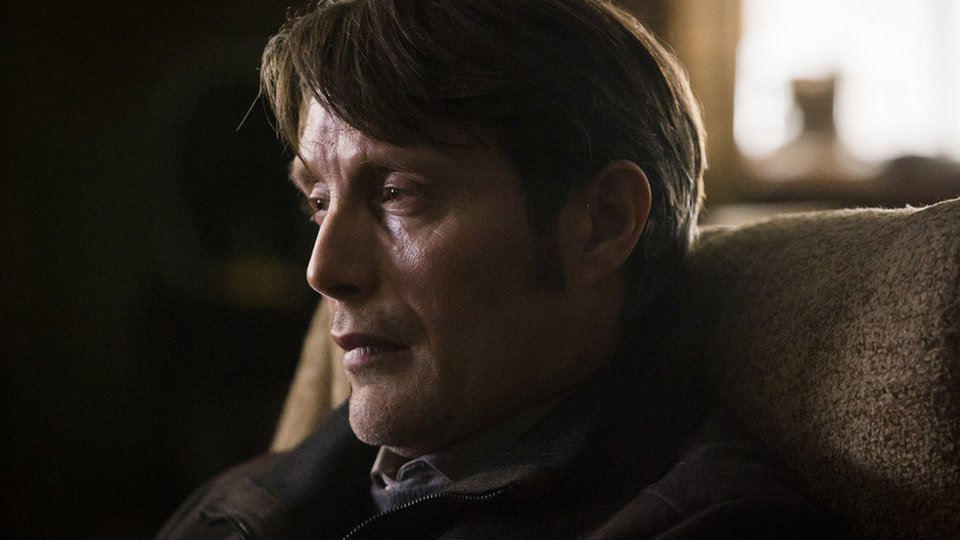 Hannibal managed to be both stomach churning and horrific this week as Hannibal (Mads Mikkelsen) and Will (Hugh Dancy) found themselves facing Mason Verger (Joe Anderson).

If you haven’t seen the latest episode of Hannibal and want to avoid spoilers, we suggest you stop reading now. If you have seen it and want to relive the action then keep reading.

A change of scene

As we suspected, Hannibal and Will made their way from Florence to Maryland via the corrupt police officers keen to get their hands on the bounty that Mason was offering. Upon arrival Hannibal and Will were treated to a lavish dinner where Mason and his creepy sidekick Cordell (Glenn Fleshler) reveal how they are going to be killed and in what order they’ll eat them. Nice. During the dinner Will bit a chuck out of Cordell’s cheek, a decision that almost cost him later in the episode. Cordell stitched his face up and Hannibal was strung up naked with the pigs until the long road of torture he was waiting to face began.

Will discovered that Mason had instructed Cordell to cut off his face. Then Mason planned to wear Will’s face whilst eating Hannibal. Talk about twisted! As Will was being prepped for surgery – he was injected with a drug to immobilise his body but ensure he felt everything – Alana (Caroline Dhavernas) set a new plan in motion to save Will by releasing Hannibal. When Hannibal called Margot (Katharine Isabelle) to see him, Alana accompanied her and shot the guard who was keeping an eye on the infamous cannibal. She cut one of the ropes keeping Hannibal trapped and left her knife for him to cut himself free.

Hannibal came to Will’s rescue and safely extracted him from the farm with his face intact. Chiyoh (Tao Okamoto), who saved Jack (Laurence Fishburne) at the beginning of the episode, continued to be trigger happy as she dispatched of Mason’s men allowing Hannibal and Will to leave safely.

Mason informed Margot that he had a surrogate on the farm already that had been implanted with the eggs her harvested from her before making her infertile. Desperate to find out whom the surrogate was, Margot made a horrific discovery with Alana when she found one of the pigs was sedated and carrying her baby. Alana informed Margot that fetus had no heartbeat and Margot asked her to remove the baby from the pig.

Finally pushed too far, Margot and Alana confronted Mason who woke up wearing Cordell’s face. Hannibal had done the surgery before saving Will meaning that Cordell was dead. Alana told Mason that whilst he was anaesthetised they had used a cattle prod on his prostate to harvest his sperm so that an heir to his fortune could be born. A fight broke out that ended with Mason dead in his eel tank as Alana and Margot held him under and the eels attacked him.

Hannibal and Will shared a conversation at Will’s house as he recovered from his ordeal. Will confessed that he no longer wanted Hannibal to be a part of his life and the two agreed to part ways. As Hannibal walked outside Jack and the FBI were waiting for him and he was arrested.

Tune in to Sky Living HD at 10pm on Wednesday to see the next episode, The Great Red Dragon. Preview the episode below: