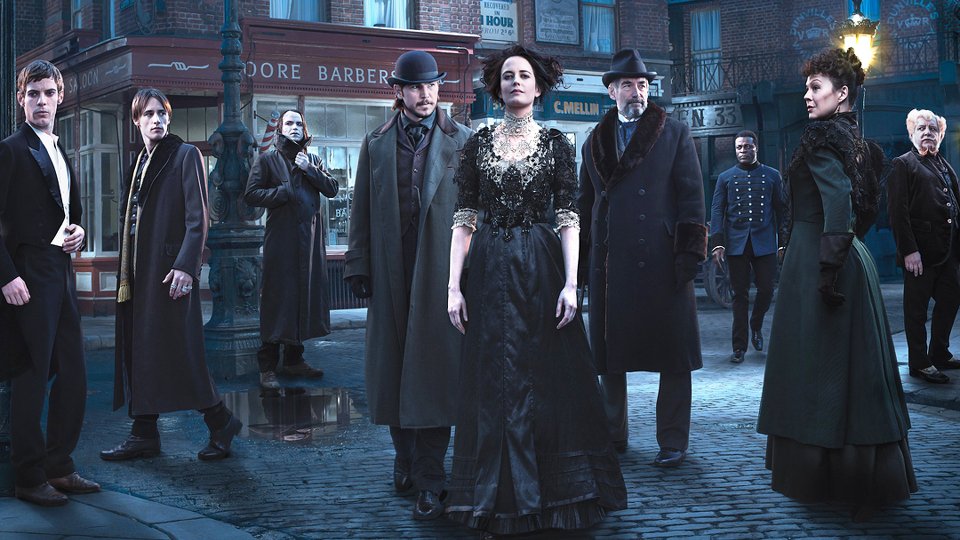 Penny Dreadful’s second season came to a close in the UK and the US recently and it left things a little bit bleak but very open ahead of the show’s return next year.

If you haven’t seen the second season finale of Penny Dreadful and want to avoid spoilers then we suggest you stop reading now. If you have seen it and want to hear our thoughts on the next season keep reading.

In the season 2 finale Vanessa (Eva Green) and co defeated Evelyn Poole (Helen McCrory) and two of her witchy sidekicks. Hecate (Sarah Greene) escaped with her life intact and we suspect it’s not the last we’ve seen of her. Following the horrific and bloody face-off that Vanessa had with Evelyn, including werewolf Ethan (Josh Hartnett) separating Evelyn’s head from her body, most of the show’s main characters were spread far and wide. Sir Malcolm (Timothy Dalton) headed to Africa after the death of Sembene (Danny Sapani), Caliban (Rory Kinnear) left London for pastures new, and Ethan was on his way back to America after confessing to murder.

Elsewhere Victor (Harry Treadaway) was reeling after Brona/Lily (Billie Piper) formed a seemingly evil alliance with Dorian (Reeve Carney), which we’re fairly certain will come to a head in the next season. As for Vanessa she was left alone in Malcolm’s house and was last seen burning a cross in the fire. Given the season she had, we can’t say we blame her!

Penny Dreadful will be back for another season in 2016 and we’ve already started to think about what we want when the show returns.

1. Lily and Dorian to be the big bads. Billie Piper was an absolute revelation during season 2. Free from her Irish accent (hurrah!) she went from meek and mild to master manipulator of all that is evil during the course of the season. The way she used her sexuality to manipulate Victor was masterful and she applied the same tactic when dealing with Caliban. Having shown her true colours to Dorian, who himself turned murderer this past season, and to Victor it looks very likely that the terrible twosome will be causing all kinds of mayhem come season 3. We can’t wait!

3. Caliban to return to London. Vanessa pleaded with him to stay but he couldn’t be persuaded after murdering his employer/tormentor and his wife. In his heart Caliban is a good person who has been dealt a very bad hand in life and his creator Victor has betrayed him. We really enjoyed Caliban and Vanessa having more screentime and that’s a relationship we’d like to explore further.

4. Ethan to find his way back to London. He may have been last seen on a one-way trip to the US but there’s no way he can stay there for a whole season. We’re not entirely sure how he’s going to get back but we wouldn’t rule out a rescue mission led by Sir Malcolm and Vanessa.

5. Vanessa and Ethan to stay platonic. We may not reflect the opinion of the majority here but we’re definitely not shipping Vanessa and Ethan. They two characters have hardly any romantic chemistry and they’re much better off as friends. There’s an interesting dynamic to explore, especially now Vanessa knows Ethan’s werewolf secret, but we want to see them developing as friends not lovers.

6. Lyle (Simon Russell Beale). The slippery character proved to be one of the biggest surprises of season two. He may have played every single side and served his own interests, but he came good in the end. We enjoyed watching him flirting with Ethan and bumbling every time he came anywhere near danger.

7. More Sir Malcolm. For a lot of the season, Sir Malcolm didn’t get a whole lot to do other than be Evelyn’s plaything. He did eventually get some meaty material when he had to cope with hallucinations of his dead family but we’d like him to get back to his season 1 status and screentime please.

8. Hecate to return. The evil witch was such a devilishly enjoyable character that we do hope she’ll be back in season 3. She proved that her only allegiance is to her herself and she quite happily allowed her mother to be killed. She has unfinished business with Ethan and Vanessa so we hope there’s a resolution in the next season.

9. Plenty more dark horror. The show has always been dark but season 2 took it to the next level. Who didn’t get creeped out when Evelyn made her Vanessa doll? We still have nightmares. When the show gets really dark it’s at its absolute best.

10. Some new characters. We already know that series creator John Logan will be bringing in a new, but well-known, character from Gothic literature but we’d like to see some other new characters too.

Penny Dreadful will return to Showtime in the US and Sky Atlantic HD in the UK in 2016.