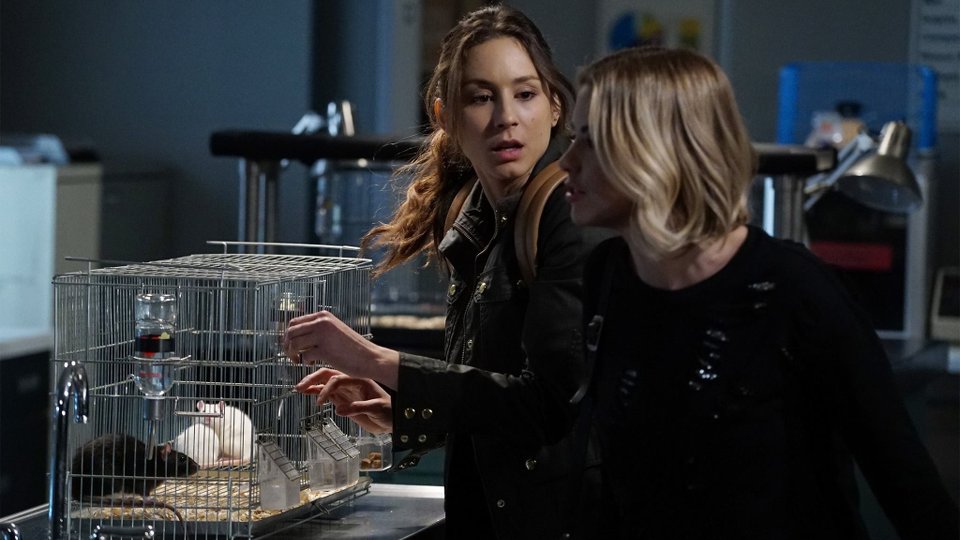 Pretty Little Liars is back this week after taking a break following the last gripping episode.

Aria (Lucy Hale) realised that the girls may have been looking for all the wrong clues after discovering that A may actually be a girl! She made the shocking discovery after her new friend took a picture catching someone who may be A in the background.

Elsewhere in the episode it was revealed that Lesli (Elizabeth McLaughlin) had been a patient at Radley at the same time as Mona (Janel Parrish) AND Charles. Now all eyes are on Lesli as a potential A candidate. Could it really be her?

Ahead of the next episode of the season, No Stone Unturned, three video previews have been released giving you a sneak peek at what to expect.

Caleb gets a frosty reception from Hanna

Emily gets interrogated by Mr DiLaurentis

Pretty Little Liars continues at 8/7c Tuesdays on ABC Family in the US and Wednesday on Netflix in the UK.