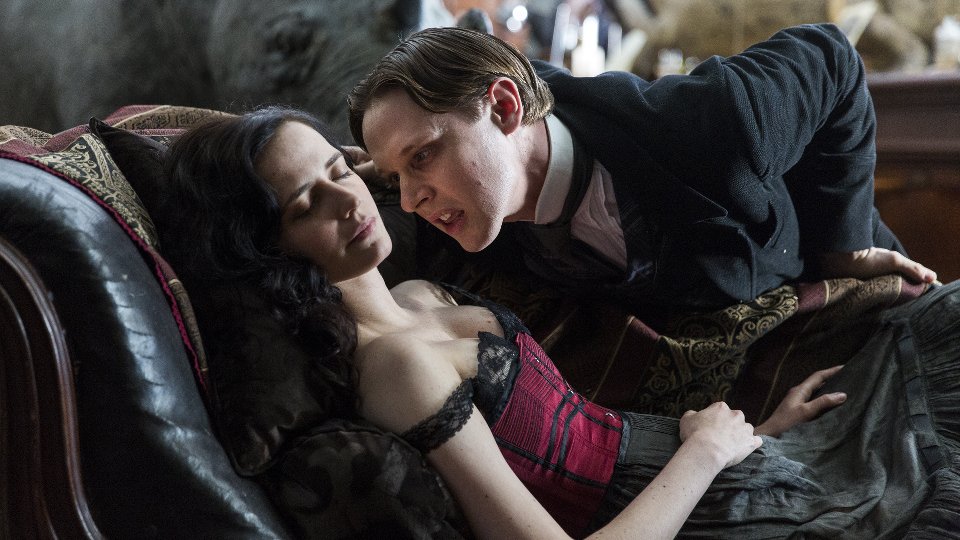 Ethan’s (Josh Hartnett) battle with his father Jared (Brian Cox) came to an end on the latest episode of Penny Dreadful.

Prior to the final confrontation a tense dinner took place that saw Ethan and his father butting heads. During the dinner Marshall (Sean Gilder) was killed as were Hecate (Sarah Greene) and Rusk (Douglas Hodge). Sir Malcolm (Timothy Dalton) delivered the deadly shot that killed Jared.

Meanwhile Vanessa (Eva Green) met with Catriona Hartdegan (Perdita Weeks) for help defeating Dracula. She also poured her heart out to Dr. Sweet (Christian Camargo) and the two made love.

Elsewhere in the episode Frankenstein (Harry Treadaway) attempted to kidnap Lily (Billie Piper) unaware that she and Dorian (Reeve Carney) were training an army to take down men that had mistreated women. Lily and Justine (Jessica Barden) wanted to murder him but Dorian decided to let him go.

The Creature (Rory Kinnear) comforted his dying son and the two shared a heartfelt moment before the child opened his eyes and saw the monster his father now was.

The next episode of the season is Ebb Tide. Kaetenay has a vision of impending doom, while Frankenstein and Jekyll get help from an unlikely foe.