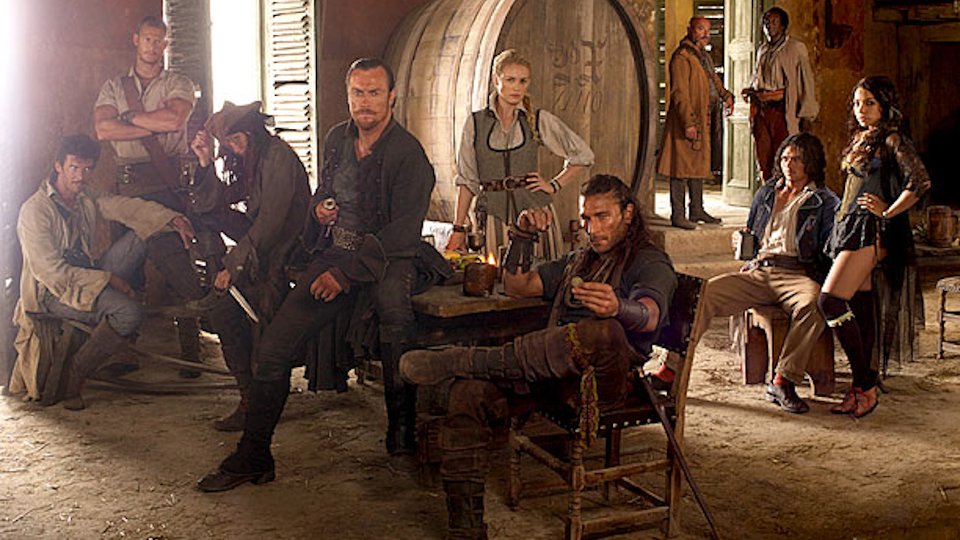 Black Sails arrives in the UK on HISTORY tonight and we’ve got some sneak peek clips to whet your appetite.

Following Stevenson’s infamous and universally-feared pirate, Captain Flint (Toby Stephens), the series sees the criminals of the sea fight tooth and nail for the survival of New Providence Island: a debauched paradise controlled by the world’s most disreputable marauders. Teeming with prostitutes, thieves and fortune seekers, New Providence Island is a home from home for outlaw pirates.

Black Sails start on HISTORY on Tuesday 14th July at 10pm. Watch three clips from the series premiere below:

In this article:Black Sails, HISTORY