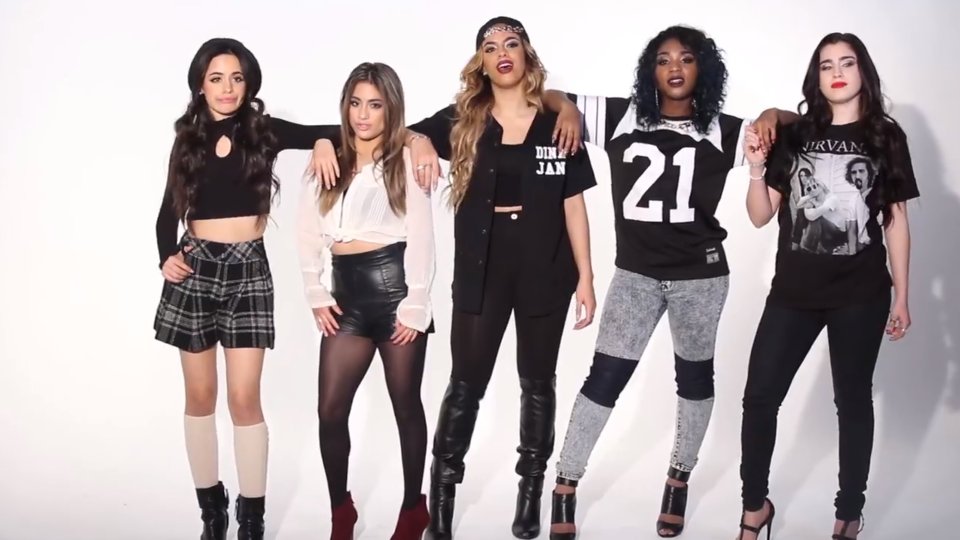 Girl group Fifth Harmony was formed on the second season of The X Factor US in 2012. Having been put together by Simon Cowell and his fellow judges, Fifth Harmony finished in third place on the competition. Since their time on the show, the girls have signed a deal with Syco and released several EPs. They’ve taken their time with their debut album (it was released in the US earlier this year) and spent time working out what sound fits them best. The end result is Reflection, an album with an R&B/pop leaning which finally arrives in the UK today.

Fifth Harmony made their UK TV debut last winter when they performed their single BO$$ on The X Factor. The track peaked at number 21 on the UK charts but considering the girls achieved that off the back of pretty much one TV appearance is pretty impressive. With the release of Reflection it’s looking likely that Fifth Harmony will finally breakthrough especially as new single Worth It featuring Kid Ink is looking set for a Top 10 debut.

Reflection opens with the sparse R&B stylings of Top Down that puts the harmonies of the girl group at the forefront. Once the harmonies subside, albeit briefly, the girls take on their solo parts delivering their lyrics with the kind of sass and feistiness that has become their signature sound. After one listen we couldn’t get the chorus out of our heads so thanks for that massive ear worm ladies! The album then moves into singles territory with the triple whammy of BO$$, Sledgehammer (should have been a monster UK hit) and Worth It featuring Kid Ink. The three songs show all the different sides to Fifth Harmony proving they can tackle a pop ballad as well as they can an uptempo female empowerment anthem.

It’s once the album moves past these tracks that it starts to get really interesting. The most surprising thing about Reflection is just how consistent it is. There isn’t actually a duff track on the record (not even the three additional tracks on the Deluxe Edition) and Fifth Harmony’s confidence in their sound and music shines throughout the record. This Is How We Roll is a monster club smash that borrows the Black Eyed Peas’ Dirty Bit, Like Mariah featuring Tyga samples Mariah Carey’s smash Always Be My Baby with the group paying homage to the diva, and title track Reflection drips with so much swagger that we weren’t sure our speakers could handle it.

One of the finest on the moments comes on Everlasting Love. The track is reminiscent of Ariana Grande with its swooping vocals and falsetto notes but there’s something so irresistibly 90s about it that it requires a few repeat plays. The stripped down We Know, which samples DeBarge, is another highlight and one of the more unexpected tracks on the album. Backed by sparse instrumentation it gives the five girls the opportunity to show what their vocals can do and the end result is impressive.

Elsewhere Meghan Trainor stops by on Brave, Honest, Beautiful, a song that encourages girls to embrace their beauty, and Body Rock takes you straight to the dancefloor for a pumping 4 minutes of pop perfection.

Reflection is one of those rare pop debuts that hits ever mark and hails the arrival of a truly exciting new girl group. Ally Brooke Hernandez, Camila Cabello, Normani Kordei, Dinah Jane Hansen and Lauren Jauregui aka Fifth Harmony have something truly special here and we’re excited to see where they go from this point. Like the Spice Girls and Destiny’s Child before them, they’ve figured out what their strengths are and they’ve delivered a solid album on the basis of them. Fifth Harmony stand a really good chance of being the biggest girl group in the world.

Watch the video for Worth It below: