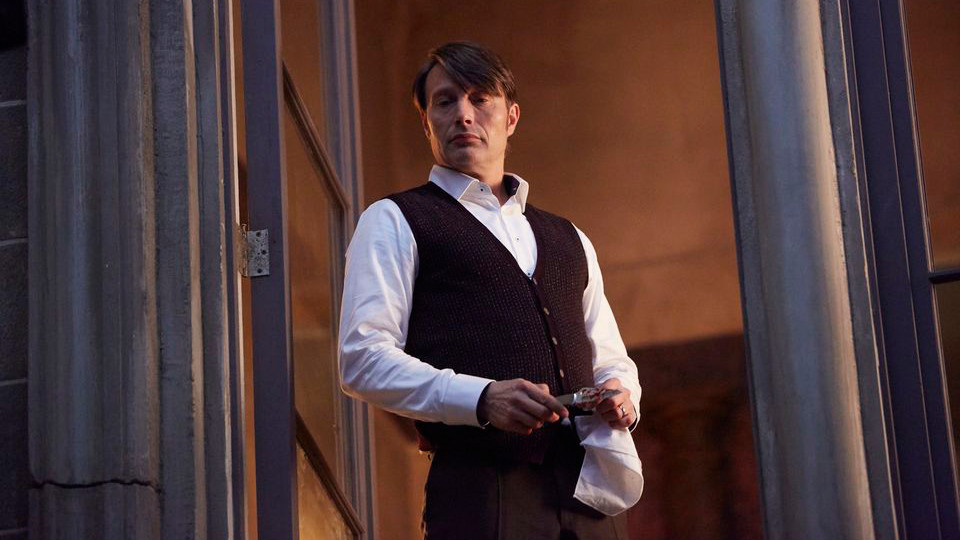 The latest episode of Hannibal filled in the blanks as we caught up with each of Hannibal’s (Mads Mikkelsen) victims following the season 2 finale blood bath.

It was confirmed that Alana (Caroline Dhavernas) was still alive and after a long recovery, she became Mason Verger’s (Joe Anderson) therapist. She also teamed up with the master manipulator to get her revenge on Hannibal.

Elsewhere in the episode Jack (Laurence Fishburne) ended his wife Bella’s (Gina Torres) suffering and eventual gave in when it came to helping Will (Hugh Dancy) track down Hannibal, and Will admitted that he wanted to run away with Hannibal after tipping him off to escape.

The next episode of the season is Contorno. A showdown is on the menu as Will and Chiyoh, and Jack Crawford and Inspector Palazzo close in on Hannibal Lecter’s location in Florence.