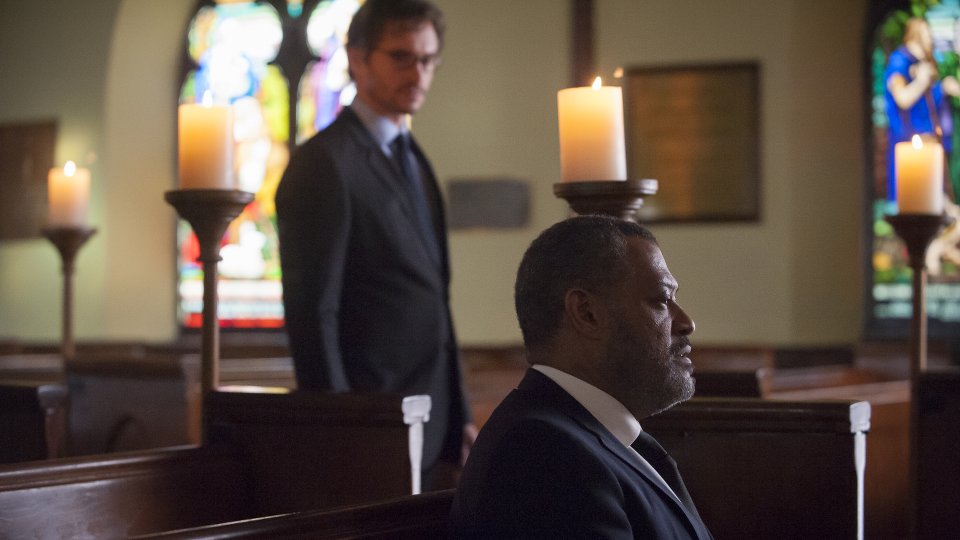 This week’s episode of Hannibal filled in the blanks giving us a look at the recoveries of Will (Hugh Dancy), Jack (Laurence Fishburne) and Alana (Caroline Dhavernas) following Hannibal’s (Mads Mikkelsen) attack at the end of season 2.

If you haven’t seen the latest episode of Hannibal and don’t want any spoilers then we suggest you stop reading now. If you have seen it and want to relive all of the action then keep reading.

You can’t keep a good man down

Frederick Chilton (Raul Esparza) has more lives than a cat and he was revealed to be alive and well this week. Following his gun shot to the face, courtesy of Miriam Lass (Anna Chlumsky), Frederick used make-up and prosthetics to give himself a normal appearance. First he met with Mason Verger (Joe Anderson) and the two men shared their disfigurements at the hands of Hannibal. He then went to visit Will in hospital and started his plan to galvanise everybody to bring down Hannibal. Chilton also paid a visit to Alana as she recovered and tried to persuade Jack to help him take down Hannibal.

We got a real insight to just how deep the bond between Will and Hannibal is this week. Will admitted to Jack that he warned Hannibal to try and escape because he cared for him as a friend. He also admitted that he considered running away with Hannibal and viewers saw a fantasy sequence where Will helped Hannibal kill Jack. Alana found Will sat on the floor in Hannibal’s house as he hallucinated that Abigail (Kacey Rohl) was with him and he requested to be left alone whilst he visited ‘old friends’. By the episode’s end, Will was on a boat and kicking off his quest to locate Hannibal.

Nothing left to lose

Jack Crawford found himself with nothing left to lose at the end of the episode. After recovering from his injuries, which he only just managed to survive thanks to not pulling the glass shard out of his neck, Jack decided he wanted to spend time with his terminally sick wife Bella (Gina Torres). He also refused to be part of any plan to go after Hannibal warning his friends of the potentially deadly consequences if they do. As Bella neared the end of her suffering, Jack administered a fatal dose of pain medication and stayed with her until she passed. At her funeral he was furious to find a note from Hannibal expressing his sympathy over Bella’s death.

Alana had the longest road to recovery thanks to the extent of her injuries. When she visited Will at Hannibal’s she was in a wheelchair but later in the episode she was driving a car and walking with the aid of a stick. She paid a visit to Mason and had a brief interaction with his sister Margot (Katharine Isabelle). Now Mason’s therapist, Alana used her position to encourage his revenge plan against Hannibal. She agreed to help him lure Hannibal out so that he could punish the cannibal for what he had done to his face. It was revealed during a conversation between Mason and his physician that he intended to watch Hannibal be eaten alive.

Hannibal continues on Sky Living HD at 10pm on Wednesday. Watch the promo for the next episode, Contorno, below: