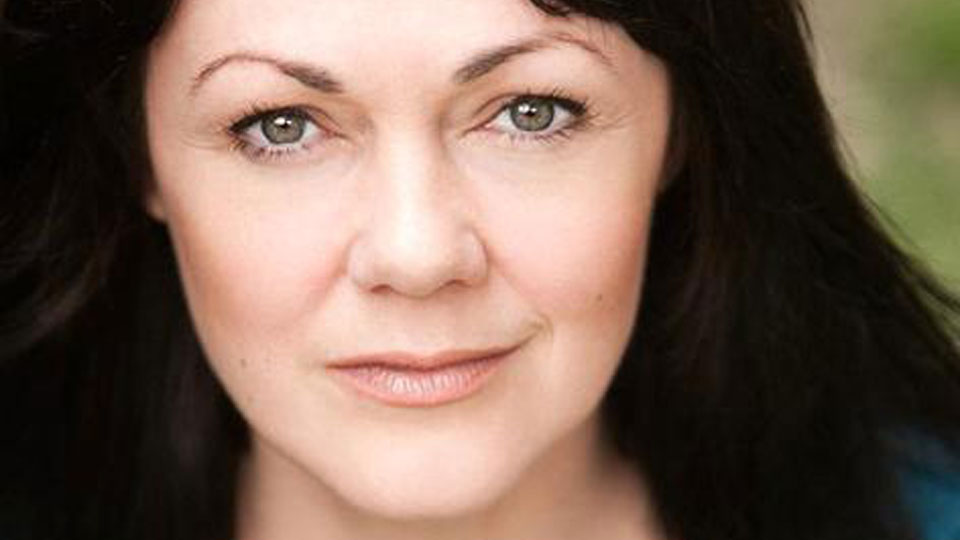 Gillian Kirkpatrick is a versatile actor best-known for her many roles in hit West End musicals. She was the first female to play Molokov in Chess, and she has also starred in Sweeney Todd and alternated the roles of Mrs Lyons/Mrs Johnston in Blood Brothers.

Gillian is soon to be seen at the Arcola Theatre in a brand-new musical: The House of Mirrors and Hearts.

We caught up with her to find out more about what we can expect from the show, how this challenge fits in with the rest of her career, and what she likes to do when not treading the boards.

Tell us about what audiences can expect from The House of Mirrors and Hearts.

It’s a dark story about a family torn apart by secrets. The arrival of a new lodger forces them to confront the past and takes them on a journey to an explosive conclusion. The music is haunting, beautiful and dramatic.

How would you describe your character, Anna?

Anna is a wonderful mother who becomes embittered and confused after a family incident. She descends into the dark depths of alcoholism as a way of blocking out the past and getting through the present.

Gillian Kirkpatrick as Anna in The House of Mirrors and Hearts. Credit Claire Bilyard.

What are the best things about working with this cast?

Everyone is lovely, talented and very dedicated to this unique and fantastic project. As we are working together very tightly with only a small number of us we have become close already. We’re all very excited to see it through.

You’re originating the role in a brand new musical. How does that challenge compare to playing established parts in long-running shows?

Well, I’ve taken over from other people a couple of times, but it is definitely preferable to be able to create a part, to take risks and have fun with it. It’s great if you have the freedom to be able to put a bit of yourself into it.

Can you tell us about any songs in particular you’re enjoying working on?

I love all the music and have huge respect for Eamonn [O’Dwyer] who has written a challenging and original score – something we can really get our teeth into! My favourite songs change on a daily basis as they are all so great!

Grace Rowe as Laura and Gillian Kirkpatrick as Anna in The House of Mirrors and Hearts. Credit Claire Bilyard.

Do you find musical theatre the most rewarding medium to work in?

I just love to be able to do anything interesting and challenging, whether it’s musical theatre, straight plays or film and television. But I do miss the singing if I’m in something straight! There’s something very exciting about singing live, especially, for instance, the challenging and beautiful songs in The House of Mirrors & Hearts!

You’ve played some iconic roles in West End musicals including Blood Brothers and Sweeney Todd. Are there any particular productions that stand out for you as career highlights so far?

I’ve been extremely lucky in my career in that I’ve been able to play a huge range of parts, and ones that I always wanted to play. I love Sondheim and have had the great fortune to perform his material on several occasions – any part of his is incredible. I also have fond memories of playing Angel in the last ever production of The Rink that used the original script (they updated it about a month after, around 1998) and the part of Lucy Manette in a musical adaptation of A Tale of Two Cities – it was so refreshing to play a lovely and pure character.

Do you ever get so attached to a role it’s hard to give it up and move on to new projects?

I definitely miss some roles I’ve done before and sometimes wish that I could go back in time for a couple of performances! But variety is the name of the game in this business and you quickly get used to having to move on. It’s also often about missing the company and the camaraderie.

The cast of The House of Mirrors and Hearts. Credit Claire Bilyard.

What do you like to do to relax when you’re not performing?

I’m a movie fiend and love going to the cinema, and of course dinner and drinks with friends and family. But I also like and need to spend some time alone. My profession can get a bit mad at times and it’s nice just to enjoy the quiet when I can!

What might the rest of 2015 have in store for you?

I’m up for a West End show, a live television event, and I’d love to be able to play my role of Nurse Ratched in a new musical adaptation of One Flew Over the Cuckoos Nest which is scheduled in September. We did a workshop of it previously and it won the first ever Music Box Festival at the Lost Theatre. So, we’ll see what happens!

The House of Mirrors and Hearts plays at Arcola Theatre from Thursday 2nd July to Saturday 1st August 2015. For more information and tickets visit www.arcolatheatre.com.

In this article:Arcola Theatre, Gillian Kirkpatrick, The House of Mirrors and Hearts