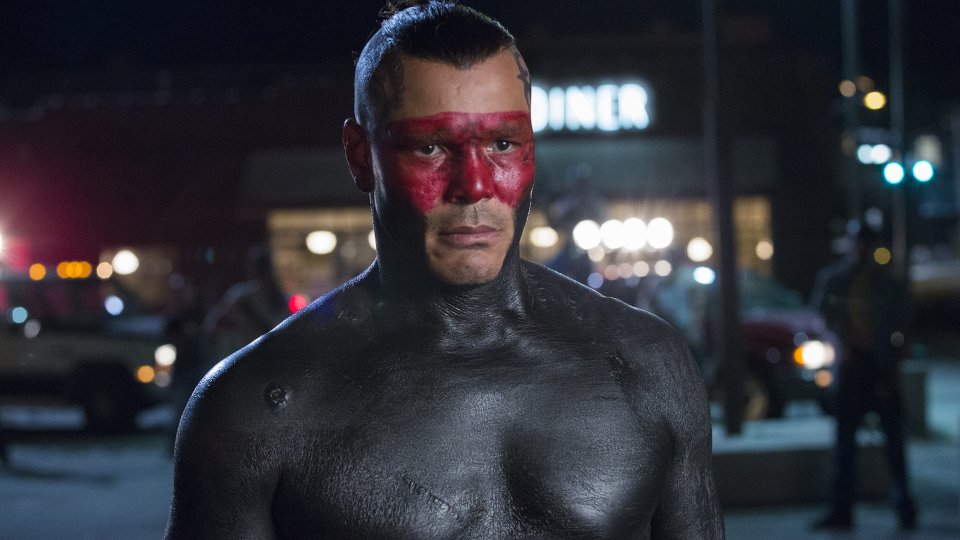 As Banshee drew to a close this week, all hell was about to break loose as Chayton (Geno Segers) stepped up his revenge plan.

Rebecca (Lili Simmons) and Burton (Matthew Rauch) blew up the car carrying Tommy Littlestone’s (Ricky Russert) body as part of Proctor’s (Ulrich Thomsen) plan to retaliate against the Redbones. When Proctor was arrested following a brutal brawl with Hood (Antony Starr), Chayton saw his opportunity for revenge as he led his army of Redbones to the Banshee Sheriff’s Department.

Elsewhere in the episode Carrie (Ivana Milicevic) quit her job and went on a wild day trip, Deva (Ryann Shane) stole a computer game for her brother, and Siobhan (Trieste Kelly Dunn) struggled with what to do now she knows the truth about Hood.

The next episode of the season is Tribal. All hell breaks loose as Chayton and his Redbone army target Lucas, Raven and Proctor in Banshee.

Tune in to Sky Atlantic at 10pm on Thursday to see the episode. Preview it with our gallery below: