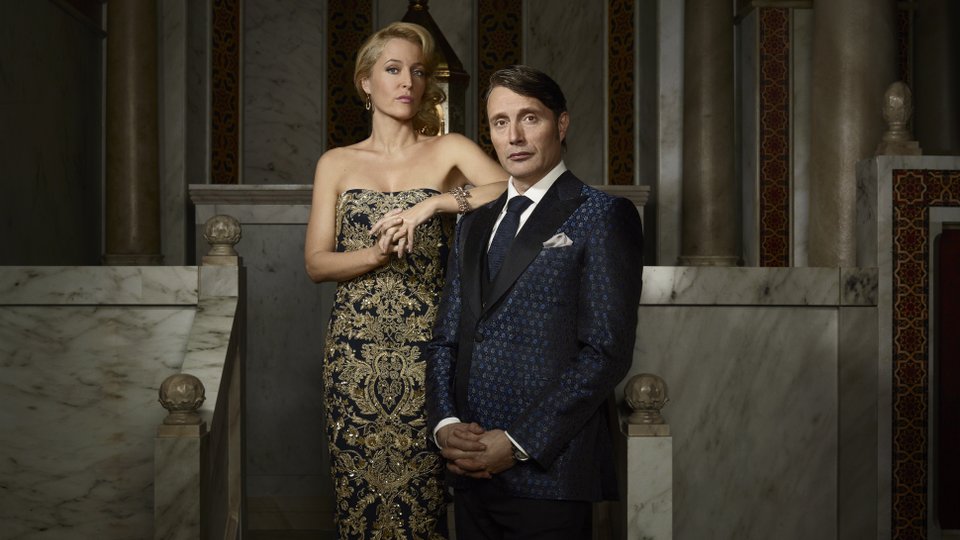 Hannibal fans last night received the news they’ve been dreading since the show debuted as NBC announced its cancellation.

If you aren’t up-to-date with Hannibal and want to avoid any spoilers we suggest you stop reading now. If you are up-to-date and want to hear our thoughts then please keep reading.

Only 3 episodes into the show’s third season in the US (2 episodes in the UK), the axe has fallen on Hannibal after the show dropped to new lows in the ratings. Pulling less than 2 million viewers a week and dropping to 0.5 in the demo, the cancellation stings but it doesn’t come as a huge surprise.

Hannibal first debuted back in 2013 to much fan-fare and over its run the show has picked up critical-acclaim across the globe. Despite the lacklustre ratings, NBC saw the potential in the show and acknowledged its creativity leading to the renewal of the show up to its third season. For a network show Hannibal has always been bold and dare we say groundbreaking featuring content more suited to cable networks such as HBO or Showtime, or streaming services such as Netflix.

With the show coming to an end in August following the completion of its third season, the fan outcry has begun with Fannibals petitioning for the show to find a new home and be given a second chance with another broadcaster. Show developer Bryan Fuller always said he envisioned the series running for a maximum of six seasons and we’d love to see it come to fruition (hey if Community can do it then there’s no reason Hannibal can’t!)

We’ve pulled together our Top 10 reasons why Hannibal should be picked up by another network following its NBC cancellation. Keep reading to find out our thoughts.

1. There’s much more to tell. Three seasons in we’ve only just scratched the surface of the complex relationship between Hannibal (Mads Mikkelsen) and Will (Hugh Dancy). The two characters share such a deep bond and there’s a lot more to unravel before the show says goodbye for good.

2. Mads Mikkelsen. No one thought that Anthony Hopkins’ portrayal of Hannibal could be beaten but we actually much prefer Mikkelsen’s. He brings an unusual mixture of humanity and warmth to a character that on paper is a cold-blooded and calculated cannibal. His performance oozes class and you’d be hard pressed to find a better actor on network television right now.

3. Hugh Dancy. As Will Graham, Dancy provides a great sparring partner for Mikkelsen’s Hannibal and the chemistry between the two actors is electrifying. The show is at its best when the two characters appear on screen together and the underlying sexual tension has been keeping us Fannibals hooked.

4. Gillian Anderson. Promoting Anderson to season regular status for season 3 was a smart move. She gives a remarkably understated yet powerful performance as Bedelia, Hannibal’s former psychiatrist and unwilling companion. There is definitely a lot more story to uncover here and we doubt it’ll be completed by the end of the current season.

5. The rest of the cast. We’d love to name every single cast member individually but we would need way more than 10 reasons. It goes without saying that Laurence Fishburne, Caroline Dhavernas and the rest of the supporting cast are incredible. We’re not ready to wave goodbye to any of them.

6. It has substance. Some critics would say that Hannibal is style over substance but we don’t agree. The slow burn is a nice change of pace from the frenetic storylines of other shows which open and close in the same episode. Hannibal features strong arcs that extend past one season giving the whole series a real thread.

7. Its style. Hannibal is one of the most stylish shows on air today and it’s head and shoulders above the rest of the content that NBC churns out on a regular basis. It’s a gloriously stylish show to watch with everything from the sets to the costumes regularly wowing.

8. The gore. OK so it’s not to everyone’s taste and we’d be lying if we didn’t say it’s made us queasy over the years but the gore is so beautifully shot that it’s like a work of art. Sure the show has made us very suspicious in restaurants and at dinner parties when it comes to being served food but it’s a huge part of what’s made the series stand out from everything else.

9. The storytelling. Bryan Fuller and his writing team proved the naysayers wrong by crafting a show that contributes to the legacy of Thomas Harris’ stories rather than ruins them. It has forged its own unique path whilst honouring the source material. We love how the show has created its own rich world of stories and characters, as well as incorporating some iconic ones.

10. It’s one of the best shows on television. If you’re reading this article you likely agree. Hannibal is in a league of its own. It’s the only network show that we can think of that stands up against cable heavyweights such as Breaking Bad, Mad Men, The Walking Dead and Game of Thrones.

Hannibal continues Wednesday nights at 10pm on Sky Living HD in the UK. Do you think Hannibal should get a new network home? Leave your comments in the usual place and remember to keep it civil and constructive.