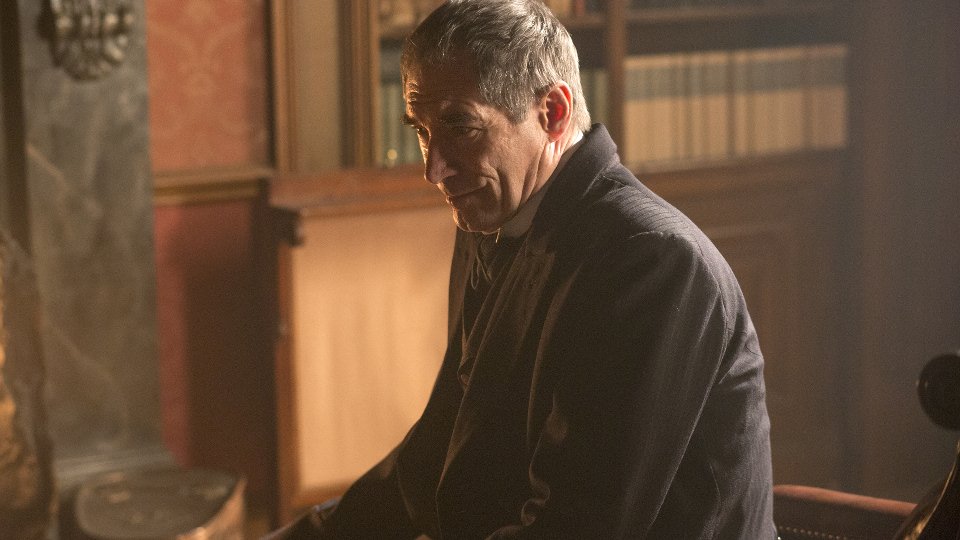 The pair headed off to the Cut-Wife’s cottage on the moors to try and keep away from the Verbis Diablo. Once there they started to speak honestly with one another and they shared a passionate kiss. Ethan didn’t reveal his secret to Vanessa though but he did teach her how to shoot.

Elsewhere in the episode Dorian’s (Reeve Carney) obsession with Lily (Billie Piper) continued and the two went out on a date to the waxwork museum. Lily didn’t make it home though and instead took up with an overweight man whom she ended up killing during sex. Lyle (Simon Russell Beale) and Frankenstein (Harry Treadaway) learned more about the Verbis Diablo relics in a bid to stop Vanessa being targeted.

The next episode of the season is Momento Mori. The Creature unleashes his rage; Sir Malcolm confronts Evelyn.