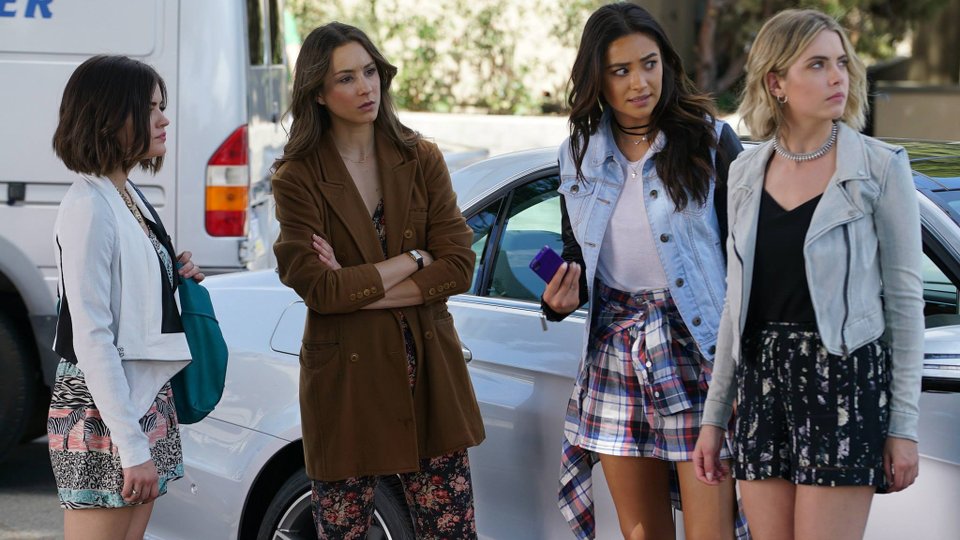 Pretty Little Liars continues this week as the girls continue their efforts to try and find out who Charles really is.

In the latest episode of the show Andrew (Brandon W. Jones) was released and cleared after it was proven he couldn’t have been the person who held the girls captive. Whilst he may not be Charles, he’s definitely been up to something. All of the girls struggled to come to terms with life outside of the bunker with Aria (Lucy Hale) the most reluctant to talk about what happened.

A reared his ugly head again and threatened Sara’s (Dre Davis) life if the girls didn’t keep quiet about what they went through in the bunker.

Ahead of the next episode, Don’t Look Now, three video sneak peeks have been released and it looks like the girls are still struggling with their ordeal.

Byron has a heart-to-heart with Aria

Pretty Little Liars continues Tuesday at 8/7c on ABC Family in the US and Wednesday on Netflix in the UK.