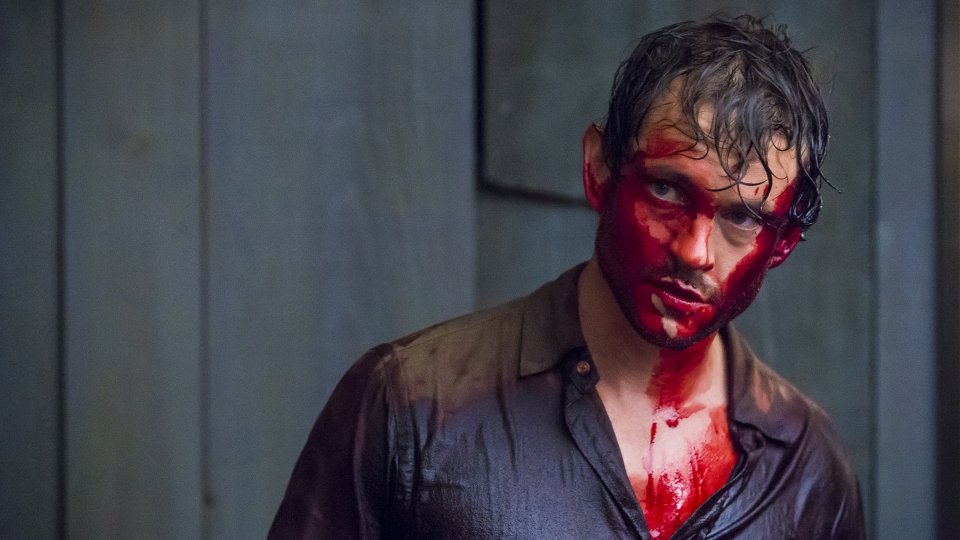 Fannibals were thrown into a world of confusion during tonight’s episode of Hannibal.

If you haven’t seen the latest episode of Hannibal and don’t want any spoilers we suggest you stop reading now. If you have seen it and want to relive all the action then keep reading.

Will Graham (Hugh Dancy) survived his injuries from the confrontation with Hannibal (Mads Mikkelsen) at the end of last season (yes we’re amazed too!) and after a flashback to the gruesome night, we saw Will lying in his hospital bed recovering. As if that wasn’t a surprise enough, Abigail (Kacey Rohl) was waiting for him when he awoke and explained that Hannibal knew how to cut them so they would bleed but not die.

8 months later Will and Abigail headed to Palermo, Italy in search of Hannibal. Whilst there Will met Inspector Pazzi (Fortunato Cerlino) who had been inspecting the gruesome torso left on display in the Norman Chapel. The two exchanged a few words with Pazzi probing into Will’s past, particularly his time wrongly accused of murder, before the Inspector wondered if the body was there because of Will or if Will was there because of the body. Hmmm…

Shortly after seeing the torso transform into a stag (of sorts), Will conversed with Abigail once again and it soon became clear that the youngster hadn’t survived her last run in with Hannibal at all. In fact she was a figment of Will’s (overactive) imagination and once that became clear Abigail’s throat slit open and blood spurted all over (again!). We thought it was far too good to be true and it turns out we were absolutely right.

Pazzi had met Hannibal many years earlier it transpired whilst investigating the murder of a couple whose bodies were displayed like figures from Botticelli’s Primavera painting. Suspecting Hannibal had something to do with it, after seeing him sketching the same figures whilst looking at the painting, Pazzi failed to turned up any evidence that connected the young Hannibal to the murder.

The hunt for Hannibal

Pazzi and Will continued to look for Hannibal in the catacombs of the chapel. Whilst we saw glimpses of Hannibal hiding in the shadows, they did not and Will engaged Pazzi in another strange conversation where he told the Inspector that he didn’t know which side he was on. He also warned that Hannibal would kill him. As Will continued to look for Hannibal he told his frenemy that he forgave him. Is Hannibal still inside Will’s head after everything he’s done?

Hannibal continues at 10pm Wednesday on Sky Atlantic HD. Watch the promo for the next episode Secondo below: