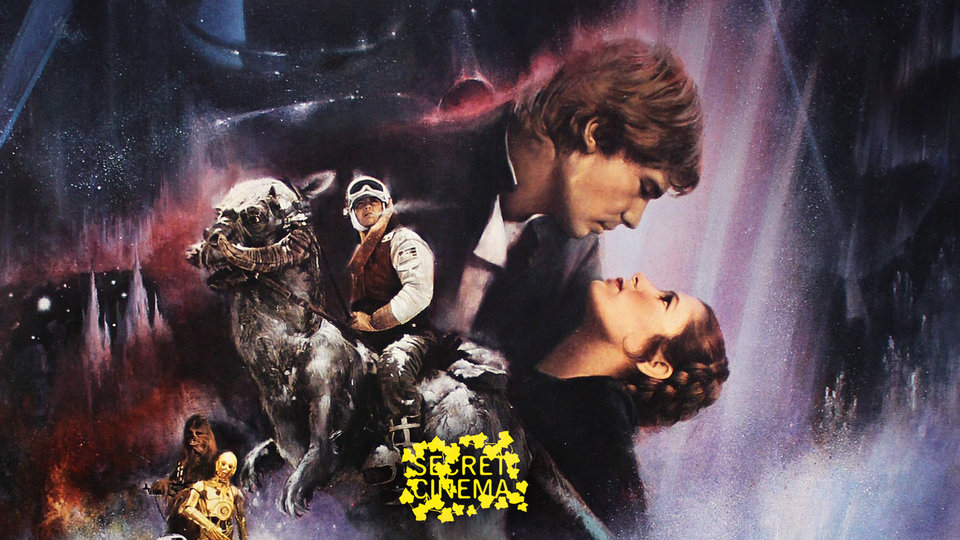 After a record-breaking season last summer with Back to the Future, Secret Cinema returns. Star Wars and The Empire Strikes Back are the focus of this, their most ambitious endeavour to date. With gigantic sets, prodigious props and a considerably larger company of performers, they have eclipsed all of their previous projects in terms of scale. But does this necessarily translate to a good show?

Plugging into the current wave of Star Wars euphoria is no accident and a smart move for Secret Cinema. They’ve also picked one of fandom’s greatest franchises so, in essence, have guaranteed a core success before even selling a ticket. But they’ve also sold plenty of tickets too – at the galactic sum of nearly £80 each. BTTF’s £50 price-point was expensive but at the end of the run this seemed just about right, especially given the show, the spectacle and the sheer wow-factor. So a big mark-up means bigger expectation and after all of the buzz surrounding this production, it’s not unreasonable to go into Secret Cinema: The Empire Strikes Back with big levels of anticipation and hope.

I won’t be reviewing the whole show in detail – that would spoil the experience and do the production a disservice. The same goes for its location – let’s just say South-East London. If you want to know intricate details a quick Google search should provide you with the droids you’re looking for. But there are a couple of spoiler-free steps that you can take which will guarantee you a much better experience on the night.

Justifiably, the cost-factor plays a massive part in the success of Secret Cinema. We all know the humble beginnings and the small, intimate gatherings that the company built their stellar reputation on. Times have also changed and their desire to keep innovating should be commended. But at almost £80, Secret Cinema: The Empire Strikes Back is simply too expensive. Throw in the fact that you are ‘strongly encouraged’ to kit-out in costumes and buy props etc before you even walk through the door, it feels like you are being cash-cowed a lot.

You’re going to need a big wallet to enjoy this experience fully but there’s also an element of getting back what you put in. The cast all stay in character throughout the production and if you want to, you can get immersed in this world as you look for people to trade and interact with. But even then, the end product falls short of expectation. A huge crowd also means that you can miss out on a lot due to the sheer number of people just wandering around. After the film itself ends, you can stick around for a short while and explore the environment a bit more, without the hindering crowds to get in your way.

The biggest tip is to get there really early, especially if you plan to eat, drink and explore the set. It’s a big-scale production and there is plenty to see and do with varying degrees of success. After a particularly energetic beginning which ranges from the sublime to the darn-right confusing, you are left to wander and this is where time management is of paramount importance. Queues for food and especially drink are massive so try and go into the Cantina bar early as that has a great atmosphere.

When you are prompted to move to your next location, do so quickly. You’ll be glad you did rather than barter some more with a Jawa or wait for another batch of Haloumi fries (your wallet will thank you too). The next stage is the show’s highlight (again, no spoilers) but it brings theatrics and acting to the forefront before the screening of the film itself. The Empire Strikes Back remains the crowning glory in the Star Wars saga and the movie is always a welcome watch, especially in such unique surroundings.

Taking all things into account, you’ll probably get the most from this if A New Hope and The Empire Strikes Back are your favourite films of all time. It’s a fun night out and certainly entertains but after BTTF, this production lacks last year’s genuine heart and soul. The Empire Strikes Back feels more regimented and doesn’t embrace you as fully as it should. At a comparable price to a one-day admission ticket to somewhere like Disneyworld or Universal Studios, it’s just too steep. If you’re a super-fan of the franchise I certainly recommend you attend though – it’s the closest Star Wars experience you are ever likely to get on these shores.