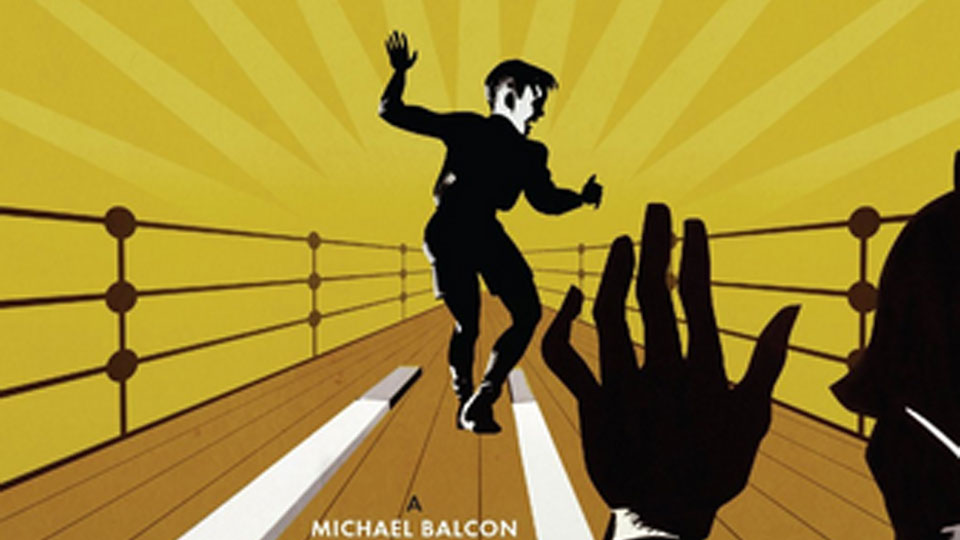 The Magnet, out now on DVD, is a gentle black and white 1950 comedy from Ealing Studios, notable for an early screen appearance in the leading role by a then ten-year old James Fox (The Servant); though to avoid confusion it’s worth pointing out that he’s credited as ‘William Fox’.

Johnny Brent (Fox) takes a shine to a large magnet that a younger boy is playing with on the beach. He tricks the boy into giving it to him, then, owing to a sequences of misunderstandings, believes that they boy has died, and that the police are after him, prompting young Johnny to run away from home. As it happens, the magnet has raised hundreds of pounds in a charity auction to secure an iron lung for the hospital, the young boy is alive and well, and Johnny is wanted for a reward. Nevertheless, his flight allows him to have a few adventures in and around Liverpool.

As well as featuring a early role from one of Britain’s leading actors – and it has to be said his performance even as a child is excellent and thoroughly convincing – the other main point of historical interest in The Magnet is its depiction of post-war Britain, on this occasion in the North West of England, with extensive use of location filming. Johnny’s parents live in the posh part of Merseyside – the Wirral, and there are scenes shot in New Brighton around the seaside and promenade. When Johnny crosses the Mersey into working class central Liverpool, he plays a game of cricket with some poverty-stricken local boys (including, rarely for a film of this era, a boy of Chinese ethnicity) in an empty space where bombed-out buildings had been cleared around the Anglican Cathedral during the Liverpool Blitz of the previous decade. It’s startling to see for anyone familiar with Liverpool in more recent times.

Johnny’s story unfolds almost like a comic book, with a sequence of small adventures loosely built around a central theme, and the episodic nature gives the film a whimsical feel. A few elements contribute strongly to the humour: fantasy sequences in which Johnny’s mind works overtime about the potential results of his magnet theft, and the depiction of Johnny’s parents (skilfully underplayed by Stephen Murray and Kay Walsh), where his psychologist father reads far too much into Johnny’s guilty conscience, thus gently poking fun at the mental health profession in general. Unlike other comedies from the Ealing Studios around this time, The Magnet isn’t notably laugh-out-loud funny, rather just wryly amusing in parts; but frequently charming.

Eagle-eyed viewers and fans of great British character actors should look out for the cameo appearance by the great Thora Hird, who appears in one scene whilst Johnny rides on a bus.

At its most effective, The Magnet is a love-letter to the innocence of boyhood, and in Johnny’s series of adventures, he develops a strong sense of morality that culminates in some dramatic heroics. Whilst Ealing Studios never aspired to social realism, it also captures something of post-war Britain, even if it is in a somewhat idealised form. It’s more likely now to appeal to sentimental adults and fans of the Ealing Studios’ output, though this title does tend to be overshadowed by its more famous successes. Nevertheless, The Magnet is a gentle, touching and well-structured film, and is well worth another look.