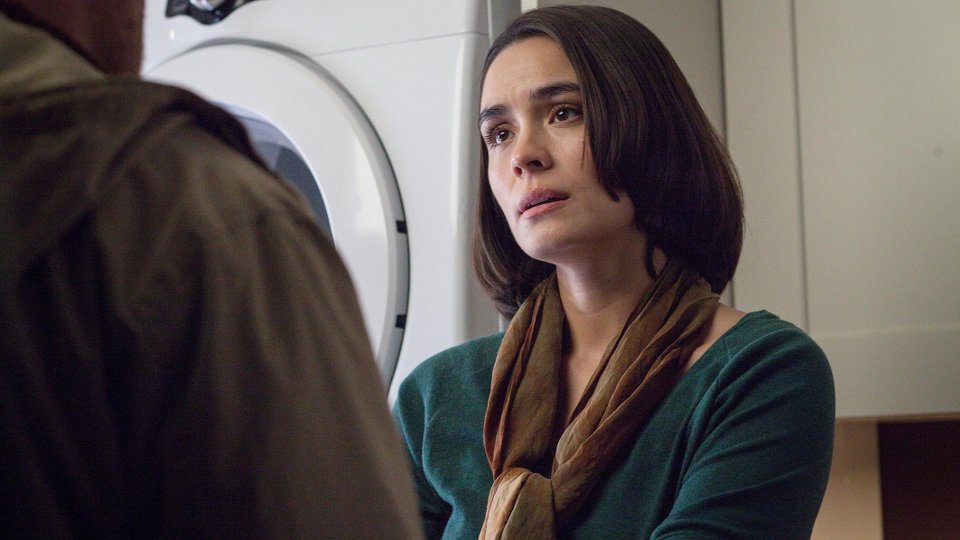 The mystery continues to deepen in Wayward Pines and in the latest episode Ethan (Matt Dillon) got a bit of a surprise.

After murdering Sheriff Pope (Terrence Howard), Ethan found that instead of being punished he was given Pope’s job and the people of Wayward Pines were told that the former Sheriff had decided to retire. With the new job, Ethan soon found that he was expected to make tough decisions when realtor Peter (Justin Kirk) broke one of the town’s rules and he was expected to hold a reckoning. Ethan tried to find a way around it but in the end Peter killed himself to save Ethan from having to do it.

Elsewhere in the episode the Burke’s got friendly with the town mayor and his wife Megan (Hope Davis) who was Ben’s (Charlie Tahan) new school teacher, Theresa (Shannyn Sossamon) confronted Kate (Carla Gugino), and Ethan made his way up the rock face to try and get out of Wayward Pines, and we saw a creepy looking monster waiting for him.

The next episode of the season is The Truth. Ethan makes his way across the forest and outside of the fence line, where he discovers some truths about Wayward.