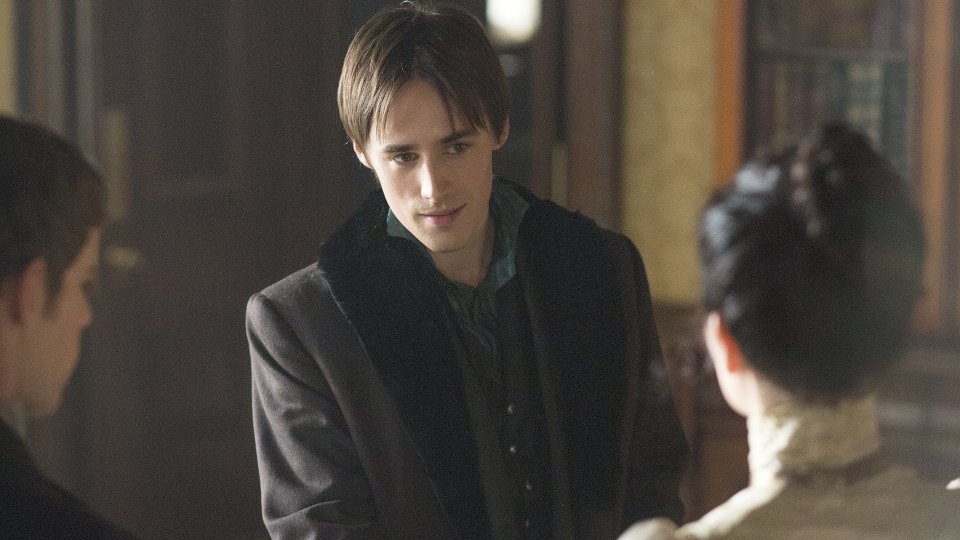 Vanessa (Eva Green) and co spent considerable time protecting themselves from another attack in the latest episode of Penny Dreadful.

Following the latest attack from the Verbis Diablo, Sir Malcolm (Timothy Dalton) got a sturdier door installed in the mansion. What he didn’t realise is that his new lady friend Evelyn (Helen McCrory) was behind the attacks and that she was manipulating her way into his affections, and his bed.

Elsewhere in the episode Dorian (Reeve Carney) was left fuming after Angelique (Jonny Beauchamp) was humiliated in public, Brona (Bille Piper) continued to fall for Victor (Harry Treadaway) and the lies he told her, and Ethan (Josh Hartnett) was taken in for questioning. Also Sir Malcolm’s estranged wife Gladys (Noni Stapleton) was plagued with crazed hallucinations by Evelyn that caused her to kill herself.

The next episode of the season is Glorious Horrors. Dorian’s lavish ball soon turns into a frightening experience for Vanessa, while Sembene (Danny Sapani) finally discovers Ethan’s secret.

Tune in to Sky Atlantic HD tomorrow at 10pm to see the episode. Preview it with our gallery below: