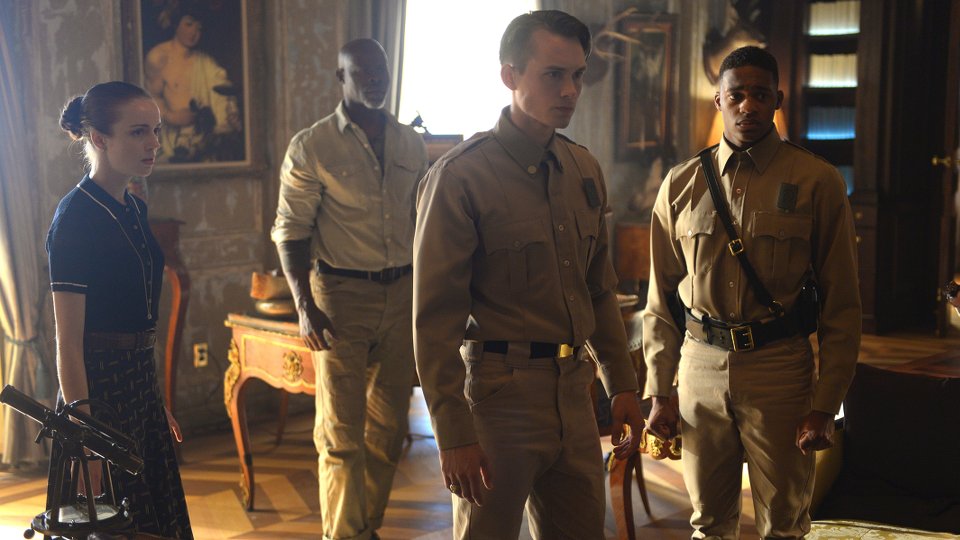 Ben (Charlie Tahan) fell victim to the Abbies on the latest episode of Wayward Pines.

Following Theo’s (Jason Patric) attempt to escape from Wayward Pines, Ben ended up being separated from the rest of the group and left outside the fence. Jason (Tom Stevens) took Theo back to the two and was worried when Kerry (Kacey Rohl) was injured during the rescue mission.

Theo and Jason locked into a battle of wills when Jason tried to force Theo to save Kerry’s life. Refusing to do so until Jason was honest with him, Theo got the truth about Wayward Pines but he wasn’t sure whether to believe Jason or not.

Theo saved Kerry’s life and Theresa (Shannyn Sossamon) reappeared worried about the safety of her son. After Ben’s attack by the Abbies, Jason believed that all the Abbies had been eradicated but he didn’t see one running past the edge of a corn field.

The next episode of the season is Once Upon A Time. In a series of flashbacks, we learn how Jason came to be raised as the leader of the first generation and a familiar ally resurfaces and becomes a deadly threat.