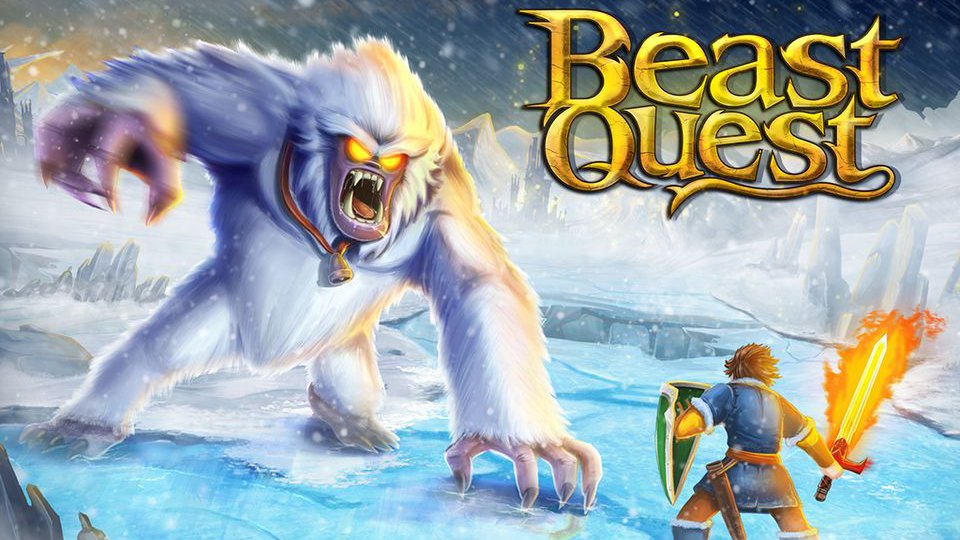 Beast Quest is a new role-playing game co-produced by Coolabi Group and Miniclip. It features worlds and adventures straight from the pages of the best-selling children’s book series and is taking the gaming world by storm with 2.15 million global downloads to date, since launch on 8th May.

Millions of children and families across the world are enthralled with the game, and are battling hordes of dangerous enemies and taking on the Beasts in huge boss battles, whilst exploring snowy peaks and sandy beaches and seeking out ancient artefacts and lost treasures.

Beast Quest is free to download and play but has the quality look and feel of a console game. It is an open world game with character progression and role-playing game elements, which eventually takes the player through each of the worlds featured in the first six books.

The mobile game is designed to be accessible enough for children to play and understand with their parents, but with enough depth that parents will be hooked and continue to play after the kids have gone to bed. This could be one factor behind the game’s huge popularity, as it extends the brand’s reach into a new demographic, heightening the appeal for older children who have grown up with the Beast Quest books.

The Beast Quest book series, which was launched in July 2007 by Orchard Books, has to date sold 14 million copies globally, and 7 million copies in the UK alone. Miniclip’s brand extension is cross platform storytelling in its purest form, as the brand and writing team worked together with the developer to devise new characters needed for the game, and these characters will now appear in the new series of books.

The Beast Quest books are written with gaming in mind and the pages are filled with quests, challenges and battles, which achieve their aim of encouraging children to read by infusing the subject matter with the elements that they enjoy. The release of the game is having a positive impact across the brand and Ferno, book 1 in the series, jumped over 50,000 places in the Amazon book chart post release.

EF will be bringing you a full review of Beast Quest later this month. Beast Quest is available to download now for free on iTunes App Store, Google Play, and Windows Phone store.