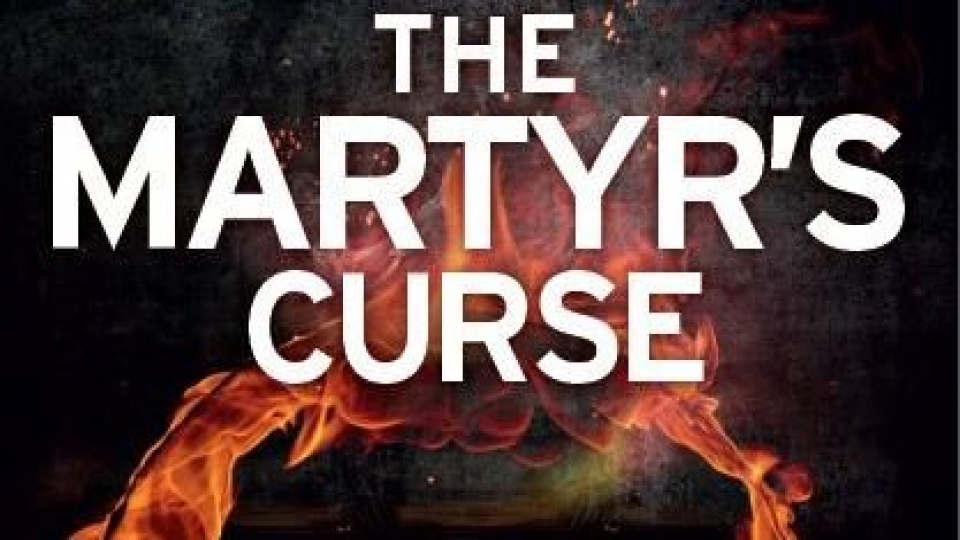 Scott Mariani is the author of the worldwide-acclaimed action-adventure thriller series featuring ex-SAS hero Ben Hope, which has sold over 1.1 million copies in Scott’s native UK alone, hit the bestseller lists repeatedly and has been translated into over 20 languages. His latest book The Martyr’s Curse releases on the 4th June 2015.

We are offering three lucky readers the chance to win a copy of the highly anticipated The Martyr’s Curse!

Can Ben Hope find peace at last in a remote medieval monastery in the French Alps? His wanderings through Europe might have led him to this refuge but salvation is to be short lived for wherever he goes, trouble is never far behind.

When a team of merciless killers invade his newfound sanctuary and slaughter the innocent monks, Ben’s revenge quest quickly draws him into a bewildering mystery of stolen treasure, deception and murder.

What is the truth behind the cache of gold bullion apparently hidden for centuries under the monastery? What is the significance of an ancient curse dating back to a cruel heretic burning in medieval times? What are the real ambitions of the enigmatic leader of an organisation of doomsday ‘preppers’ calling themselves Exercitus Paratorum: the Army of the Prepared?

As he works to unravel the mystery, Ben is confronted with a terrifying reality that threatens to devastate the world and reshape the whole of our future. The race is on to prevent the ultimate disaster and there’s only one man who save us. His name is Hope, Ben Hope.

Simply answer the question below and you could win a copy of the book!

In this article:Competition, Scott Mariani, The Martyr’s Curse