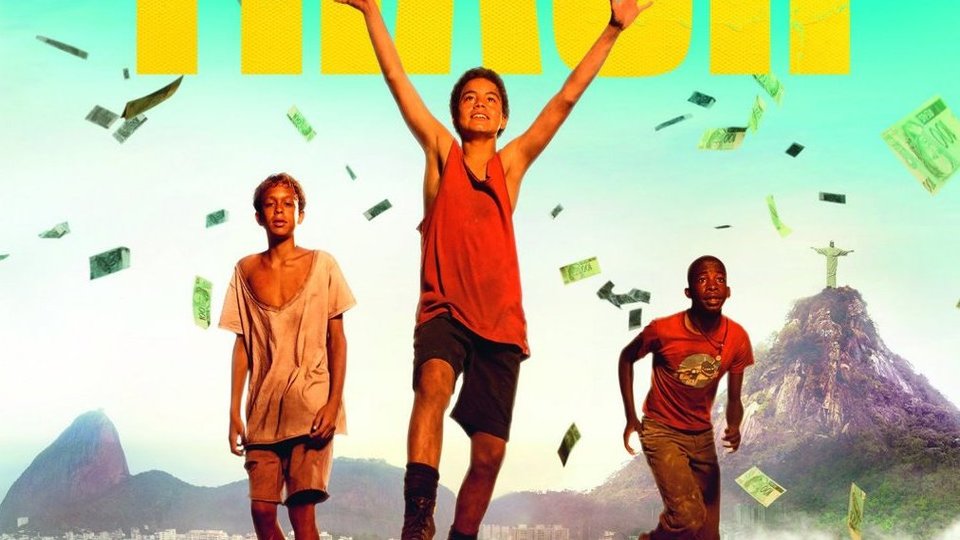 Get ready for the extraordinary journey of three young boys from the slums of Rio De Janeiro with Trash, available to own on Blu-ray™, DVD and Digital Download on 8th June 2015.

Trash follows two young boys from Rio’s slums, who find a wallet amongst the daily detritus of their local dump – a discovery that will change their lives forever. The boys, Rafael and Gardo, realise that what they’ve found must be important as the local police arrive offering a handsome reward for the wallet’s return.  Teaming up with their friend Rato, the trio embark on a phenomenal journey as they attempt to hang onto the wallet, evade the police, and uncover the secrets it contains.

With the help of a pair of American missionaries working in their favela – the disillusioned Father Julliard (Sheen) and his young assistant Olivia (Mara) – the boys must piece together the story of the wallet’s owner, José Angelo, all the while uncovering friend from foe.

Join the courageous boys as they fight to do the right thing, when Trash is released on Blu-ray™, DVD and Digital Download from 8th June 2015.

Simply answer the question below and you could win one of three copies of Trash on Blu-ray!

Trash available to own on Blu-ray™, DVD and Digital Download on 8th June 2015