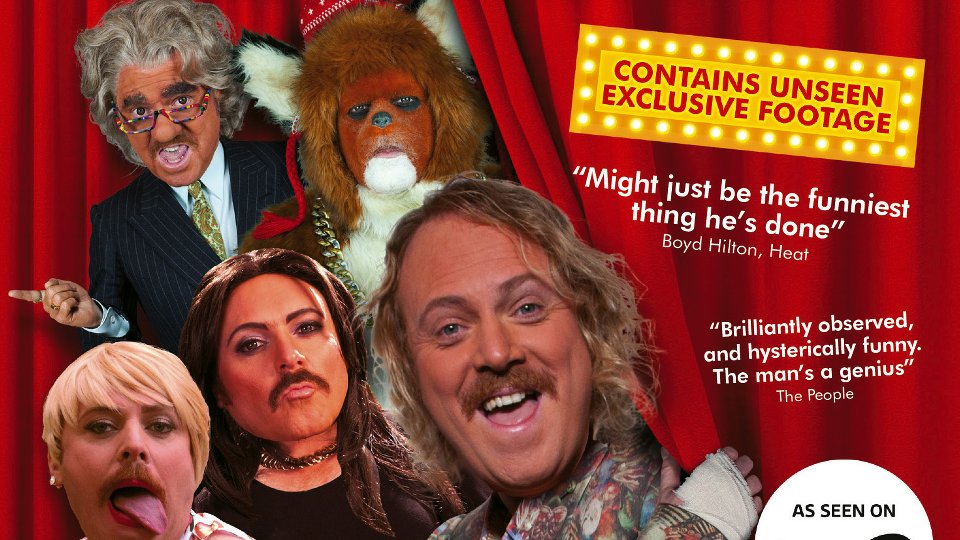 An unbelievably buxom Holly Willoughby, an antisocial urban fox and the ultimate TV mash up that is the Big Fat Gypsy Kardashians are just a few of the characters plumbed from depths of the imagination of the one and only Keith Lemon and brought together in the funniest, most anarchic series of 2015: The Keith Lemon Sketch Show, released on DVD on Monday 15th June.

All six episodes as well as some never before seen exclusive extras are available to own on DVD from 15th June, courtesy of FremantleMedia International. The episodes will also be available to download to own onto any device at the same time.

No star is safe from a bit of Lemon-flavoured lambasting and Keith has managed to cram in 49 hilarious characters into the series including a forest-dwelling Ed Sheeran, the perma-tanned David Dickinson who’s prepared to flog ‘Any Old Shit’ and pop sensations One Direction – all five of them *sob*

He’s has even enlisted a few of his celebrity friends for special cameo appearances including Phillip Schofield, Emma Bunton, Jonathan Ross and Carrie Fisher. Available to pre-order from Amazon at: http://amzn.to/1zNXx0M from Zavvi at: http://bit.ly/1IiQcJu

To celebrate the release we’ve got 3 copies of The Keith Lemon Sketch Show on DVD to give away. All you need to do to be in with a chance of winning is answer one simple question.