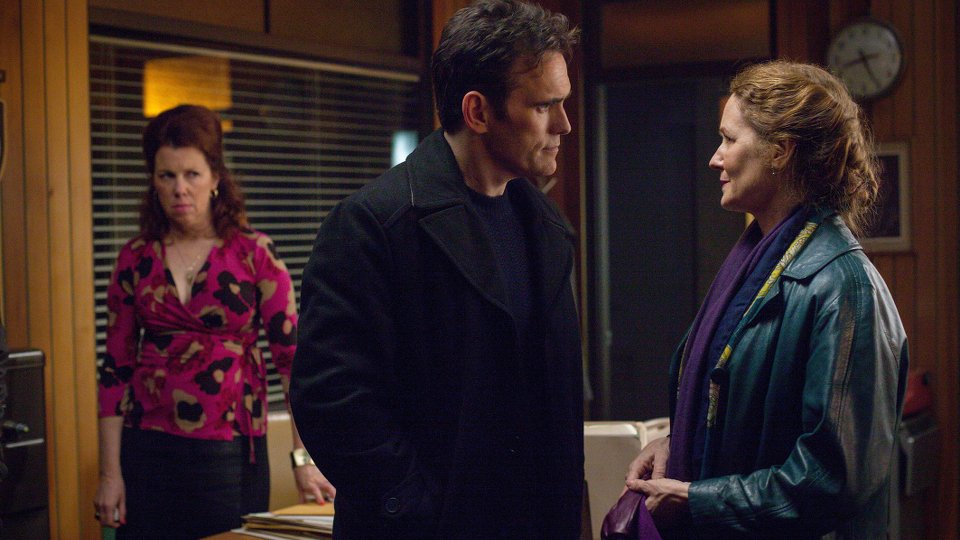 Wayward Pines is our favourite new twisty and dark show and last week’s episode left us with a giant WTF at the end.

Ethan (Matt Dillon) was surprised to discover that Theresa (Shannyn Sossamon) and Ben (Charlie Tahan) had arrived in the village courtesy of some shady behaviour from Sheriff Pope (Terrence Howard). Instructing his family to stay in their new house, Theresa decided to try and leave after Ben saw Ethan with Kate (Carla Gugino). They were stopped by Sheriff Pope who was subsequently run over by Ben and shot by Ethan.

As if that wasn’t enough, a gate opened in the security fence with some kind of monster lurching out to take away the Sheriff’s body. We guess Ethan and his family won’t be going anywhere then?

The next episode of the season is One of Our Senior Realtors Has Chosen to Retire. Ethan struggles with his new appointed role in town. He continues to look for a way out, particularly now that his family has arrived and he wants to keep them safe.