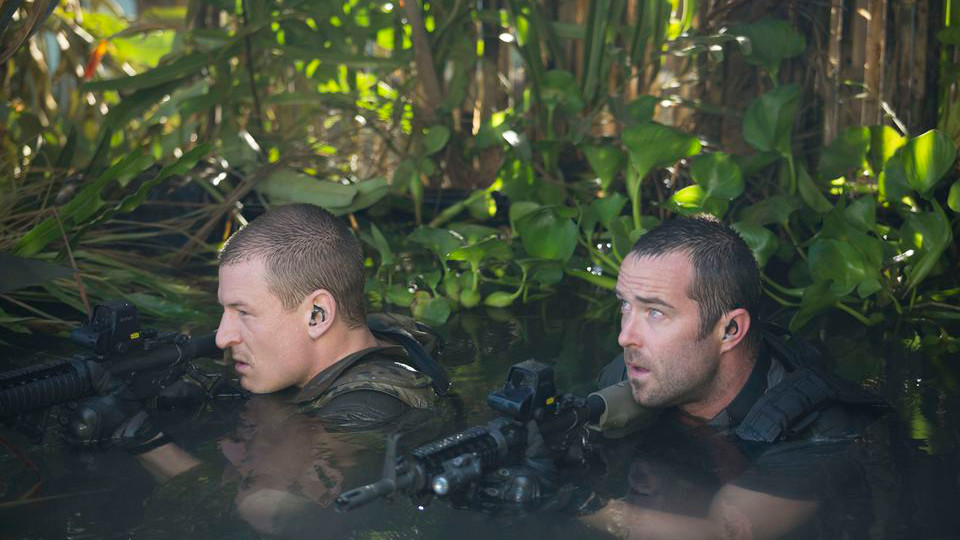 Strike Back finally returns to UK screens this Wednesday (June 3rd) for a fifth and final 10-part season which is subtitled Legacy. Our US readers may be confused as this will be known as season four – the US missed out on the first season – when it launches over there on July 31st.

Legacy was originally due to be aired in summer 2014 but an offset injury to Sullivan Stapleton, who plays the part of Sgt Damien Scott, delayed filming.

Guest stars for this season include Michelle Yeoh, Max Beesley and Tim McInnerny.

The show follows the missions of an undercover military outfit known as Section 20. This season Scott and Stonebridge will be heading to Asia.

The official synopsis for Episode 1 reads:

[quote]The daughter of Thailand’s British ambassador is kidnapped, so Stonebridge, Scott and the rest of the team sign up for another do-or-die trying adventure.[/quote]

Strike Back: Legacy starts Wednesday June 3rd, 9pm on Sky 1 and will air in the US on July 31st on Cinemax.