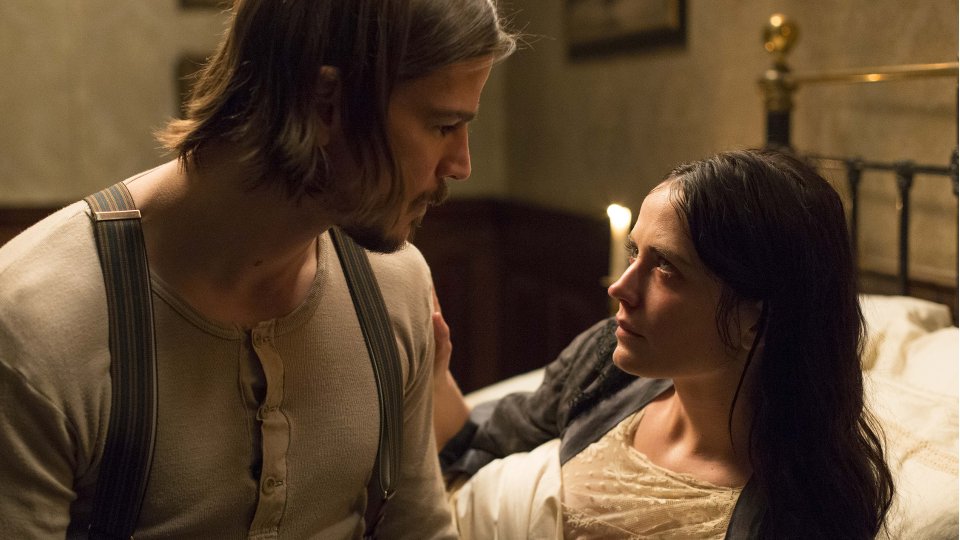 Vanessa (Eva Green) continued to be taunted by the Verbis Diablo in the latest episode of Penny Dreadful.

Hecate (Sarah Greene) tried to close to Ethan (Josh Hartnett) but was caught out when she adopted an American accent and got her facts wrong. The Verbis Diablo then mounted an attack on Vanessa at her mansion with Sir Malcolm (Timothy Dalton) and Ethan trying to defend her.

Elsewhere a survivor from the Mariner’s Inn Massacre proved not much help for the police, Victor (Harry Treadaway) continued to make over Brona (Billie Piper), and Dorian (Reeve Carney) went on a date with Angelique (Jonny Beauchamp).

The next episode of the season is Above the Vaulted Sky. While Vanessa, Ethan, Sir Malcolm and co protect the mansion from another attack, The Creature grows impatient with Frankenstein.