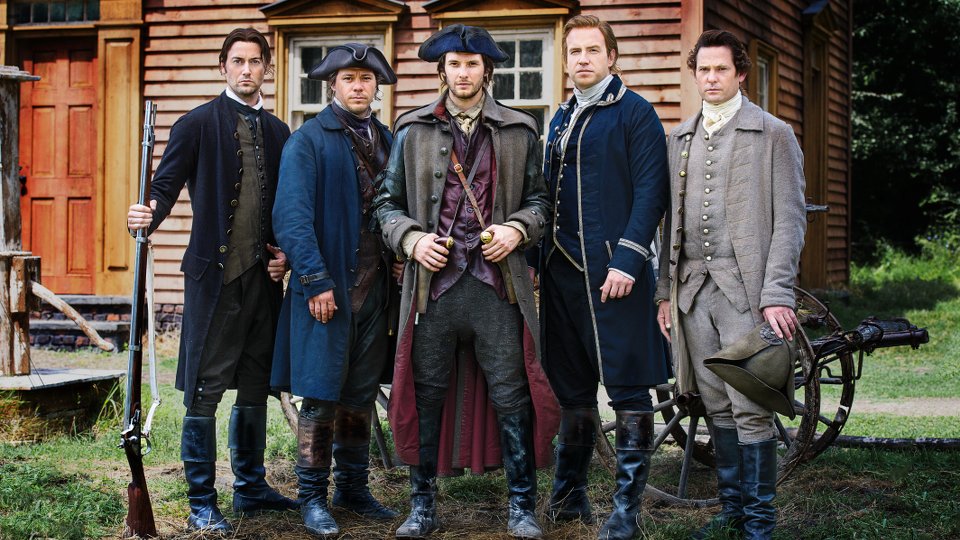 Sons of Liberty, a new six-part series based on historical events kicks off tomorrow night on History.

The series follows the legendary story of a defiant and radical group of men as they join together in secrecy to spark one of the most famous revolutions in history and ultimately make America a unified nation.

In the first episode, tax collector Sam Adams (played by British actor Ben Barnes), is deeply in debt and incites the anger of the British crown after his involvement in the destruction of the royal governor’s mansion. He turns to wealthy socialite John Hancock (Rafe Spall) for help and together they establish a black market smuggling operation in Boston. With the government already angered by Sam’s refusal to tax his friends, how long before he runs out of chances with the law?

Starring an impressive international cast including Ben Barnes (Dorian Gray) as Sam Adams, Dean Norris (Breaking Bad) as Benjamin Franklin, Ryan Eggold (The Blacklist) as Joseph Warren, Michael Raymond-James (Once Upon A Time) as Paul Revere, Rafe Spall (One Day & Black Mirror) as John Hancock and Henry Thomas (Betrayal) as John Adams and featuring a score by Academy-award winner Hans Zimmer (The Dark Knight, Inception), Sons of Liberty tells the story of how a group of rebels changed the face of America forever.

Sons of Liberty begins its UK TV premiere on Tuesday 2 June at 10pm exclusive to HISTORY. Watch two clips from the first episode of the series below along with the launch trailer for the show:

In this article:Sons of Liberty