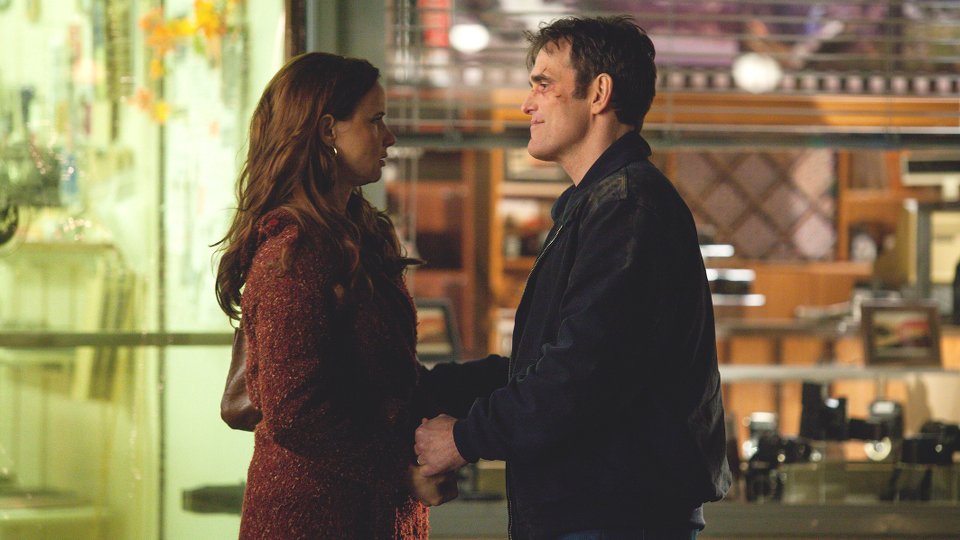 The mysterious Wayward Pines kicked off like week and it’s already got us scratching our heads.

In the first episode of the season Secret Service Agent Ethan Burke (Matt Dillon) was involved in a car accident and found himself in the strange town of Wayward Pines, Idaho. He soon realised that there was something odd going on in the town when no one seemed particularly interested in helping him get home or contact his family.

After leaving hospital Ethan met bar maid Beverly (Juliette Lewis) who gave him her address if he needed anything. When he checked out the address though it was a dilapidated house that contained the body of one of the agents he had been searching for. Returning to the bar Beverly was gone and the man there denied she’d ever worked there before a fight ensured returning Ethan back to hospital.

Beverly returned to break Ethan out of hospital and she, like him, appears to be stuck in the town. Things took a turn for the weird when Ethan discovered the woman he’d had an affair with Kate Hewson (Carla Gugino), the other agent he was searching for, was living in Wayward Pines with a new husband. Ethan tried to escape but discovered the town was surrounded by a security wall.

Meanwhile Ethan’s family became anxious about his disappearance and it seems that the secret service are involved in what’s happening to him.

The next episode of the season is Do Not Discuss Your Life Before. Ethan struggles to understand why Sheriff Pope (Terrence Howard) does not want him to leave, while Theresa (Shannyn Sossamon) decides to go in search of him herself.

Tune in to FOX HD at 9pm tomorrow to see the episode. Preview it with our gallery below: