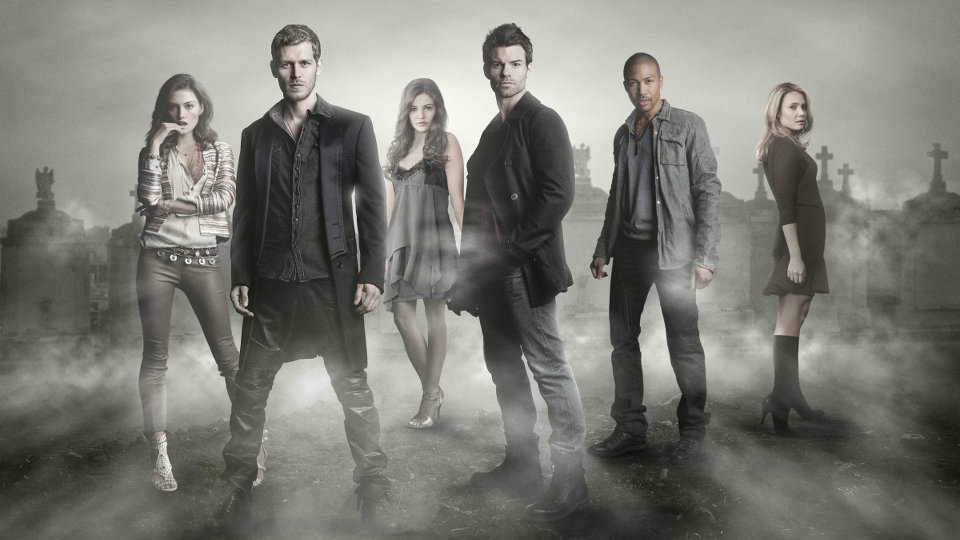 Klaus and his siblings came together to defeat Dahlia (Claudia Black) in the season 2 finale of The Originals, which aired in the UK tonight.

If you haven’t seen the season 2 finale of The Originals and don’t want any spoilers we suggest you stop reading now. If you have seen it and want to hear our thoughts on the next season keep reading.

With the help of Rebekah (Claire Holt), Elijah (Daniel Gillies) and Freya (Riley Voelkel), the Mikaelson siblings banded together with their resurrected mother Esther (Alice Evans) to put an end to Dahlia’s reign of terror once and for all. Her death meant that Klaus and Hayley’s (Phoebe Tonkin) baby could live safely once again without the threat of being taken by Dahlia.

Elsewhere in the episode Davina (Danielle Campbell) took a step closer to the dark side after being robbed of her once chance to bring Kol (Daniel Sharman / Nathaniel Buzolic) back to life leaving Vincent (Yusuf Gatewood) worried about the havoc she may cause. Rebekah decided to store her vampire body and try life out in the body of Eva (Maisie Richardson-Sellers), and Marcel (Charles Michael Davis) put revenge on the backburner after Klaus told him he would give him the Quarter back.

Cami (Leah Pipes) was left with a difficult decision as she admitted to Vincent that she had complicated feelings for Klaus but knew she would be better off if she left New Orleans.

The season ended with a lot of things up in the air and we’re interested to see what season 3 brings. Ahead of the show’s return in the autumn we’ve put together the 10 things we want to see.

1. Davina Vs. The Mikaelsons. This has been brewing for two seasons and it looks like season 3 may finally deliver. Davina often goes against her better judgement to help the Mikaelsons and she almost always gets screwed over. Now that she’s leading the witches and the most powerful she’s ever been, we can’t wait to see what a formidable force she’s going to be.

2. Elijah to break the curse for the werewolves. Thanks to Klaus, Hayley and co stay in their wolf form near permanently. Elijah promised Hayley that he would find a way to break the curse and we hope it happens sooner rather than later. Hope needs the stability that Hayley and Jackson (Nathan Parsons) can give her and not the chaos of the world that Klaus inhabits.

3. Claire Holt to come back full-time. We don’t know what the odds of this happening are and judging by the fact Rebekah chose to inhabit witch Eva Sinclair’s body in the finale we’d say they’re not great. We do miss Holt’s performance as she brings a different edge to the show and it’s not the same without her.

4. Cami to get a proper storyline. We love Cami and we like the direction she’s heading with Klaus but did anyone else feel like she was drifting around the main plot in season 2? She’s shown she’s a strong character and she’s one of the only people that can speak sense to Klaus without serious repercussions. We want to see her get a big meaty storyline in season 3.

5. Freya to integrate better with her siblings. We know that Freya is sticking around for season 3 and now she, like Hope, is free from the threat of Dahlia we’re very interested to see what path she takes. She has the possibility of being a force for good or bad and if we had to call it at this early stage we’d lean on the side of bad.

6. Davina to find a way to bring back Kol. We don’t doubt for a minute that the little witch will be plotting ways of trying to bring him back and we hope that if she does manage it that it goes horrifically wrong. She fell in love with a different Kol to the one we’re familiar with and once she realises that it could be pretty epic.

7. Josh (Steven Krueger) to come back. Our hearts broke when Josh’s happy ending with Aiden (Colin Woodell) ended in tragedy. Hopefully after spending time away he’ll come back renewed and continue to explore his friendship with Davina. Maybe he can keep her from completely stepping over to the dark side?

8. Marcel to rule the Quarter once again. Klaus promised it (not that we believe he’ll actually deliver) but New Orleans was a lot more table when Marcel was in charge of things. We feel quite sorry for him really considering he’s in love with Rebekah and she keeps disappearing off, Cami has been pulled away from him to Klaus, and the Mikaelsons use and abuse him at their will.

9. Klaus and Elijah to work on their relationship. The two were at odds for much of season 2 but they did have each other’s backs for the most part when it counted. Following Klaus’ actions towards Hayley and the werewolves, we can’t imagine Elijah is going to take it lying down. Can the brothers save their family bond or are they too far apart?

10. A crossover with The Vampire Diaries. Sure there’s been a couple of crossovers over the past two seasons but nothing particularly significant. Seeing as Damon (Ian Somerhalder) is about to go off the rails on TVD imagine what mayhem he could cause if he teamed up with Klaus. We’re still shipping Caroline (Candice Accola) and Klaus pretty hard too so we’d be happy if she paid a visit.

The Originals will return to The CW in the US and Syfy in the UK this autumn for its third season.

Advertisement. Scroll to continue reading.
In this article:The Originals