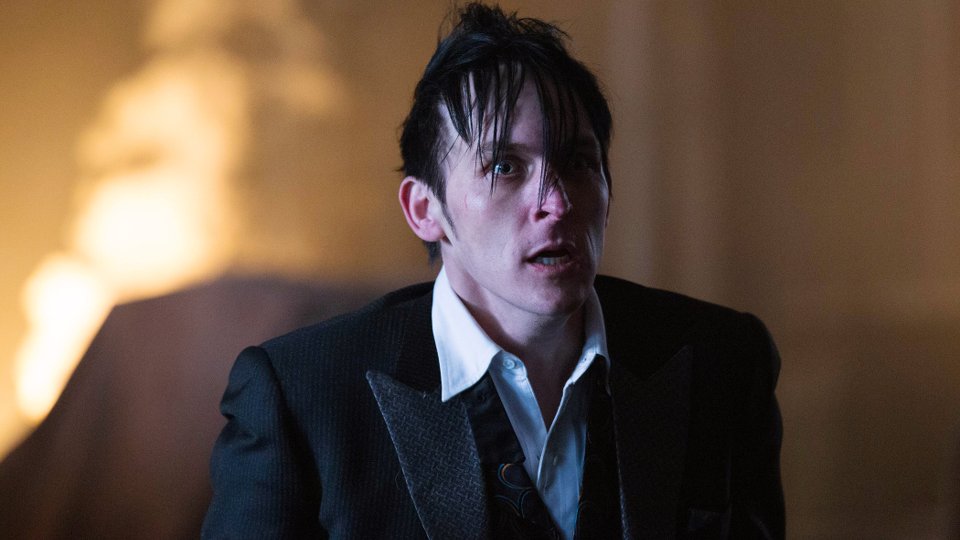 The first season finale of Gotham is almost here in the UK and it rounds out a fairly mixed outing for the new series.

In the penultimate episode of the show, Jim (Ben McKenzie) managed to track down and kill The Ogre (Milo Ventimiglia) but he was too late to stop the serial killer from murdering Barbara’s (Erin Richards) parents in front of her. Will poor Barbara be able to recover from that horror?

Elsewhere in the episode Bruce (David Mazouz) found out that his father and grandfather were well aware of the illegal activities of Wayne Enterprises, Cobblepot (Robin Lord Taylor) pushed the gang war to a new extreme, and Nygma (Cory Michael Smith) covered up the murder he committed.

The season finale is All Happy Families Are Alike. As Gotham City’s gang war reaches boiling point, Fish Mooney goes head-to-head with Maroni and Penguin to restake her claim.

Tune in to Channel 5 HD at 9pm on Monday for the season finale. Preview it with our gallery below: