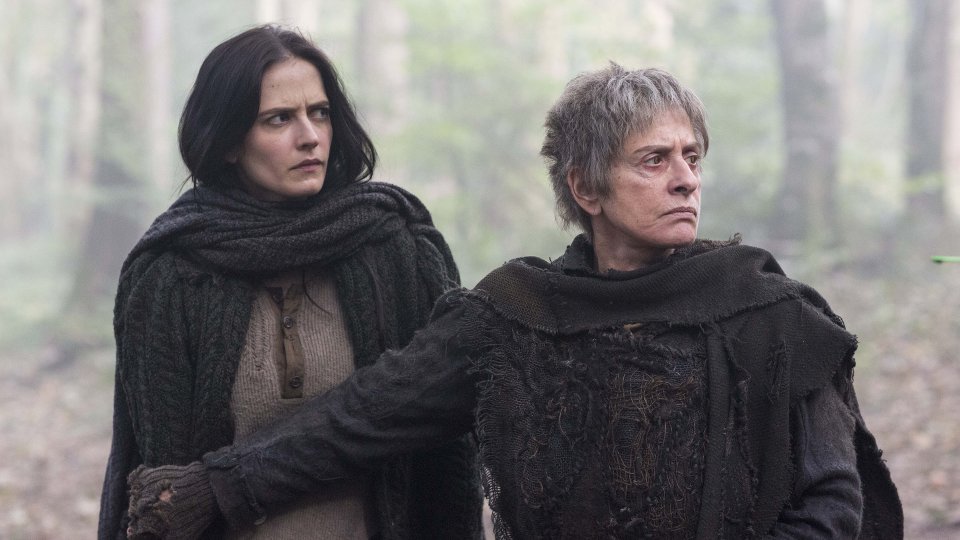 Penny Dreadful served up one of its creepiest and most shocking scenes yet in the latest episode.

Evelyn (Helen McCrory) continued to wage war against Vanessa (Eva Green) and got her daughter Hecate (Sarah Greene) to steal a baby so she could cut out its heart. Why did she want to do that? To make a creepy doll version of Vanessa that she seemingly linked to the poor woman.

Elsewhere in the episode Brona (Billie Piper) started learning how to live again with Victor (Harry Treadaway) telling her a heap of lies in the process, Dorian (Reeve Carney) met a mysterious woman who wasn’t all she seemed, and Evelyn started to manipulate Sir Malcolm (Timothy Dalton).

The next episode of the season is The Nightcomers. In a flashback episode, Vanessa meets The Cut-Wife, who teaches her how to harness her powers.

Tune in to Sky Atlantic HD at 10pm tomorrow night to see the episode. Preview it with our gallery below: