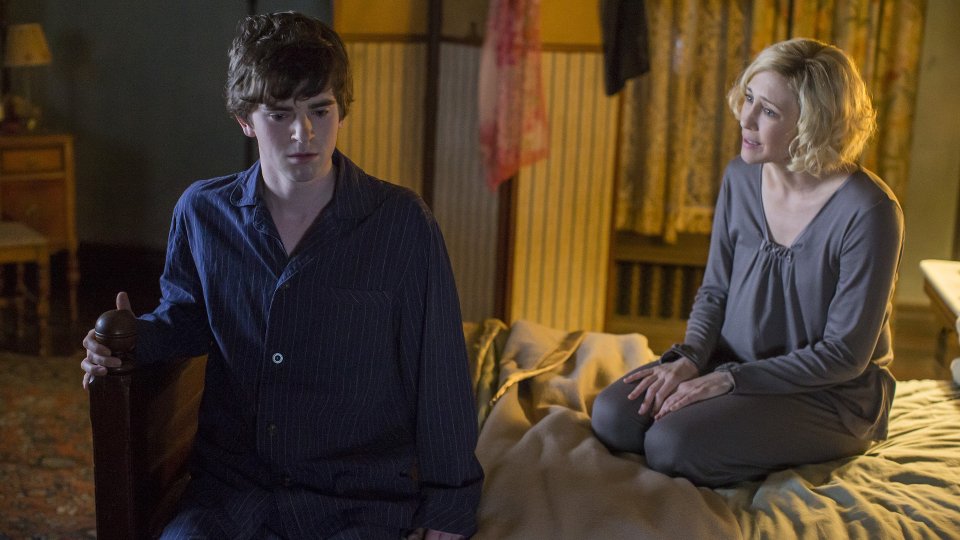 She held a big family dinner that included Caleb (Kenny Johnson), Emma (Olivia Cooke) and Sheriff Romero (Nestor Carbonell). Despite her best efforts to keep her distance from Caleb, Norma found herself reminiscing with her brother much to Norman’s dismay.

Elsewhere in the episode Dylan (Max Thieriot) found out that Emma needed a lung transplant and considered a dangerous job to get the money for her family, Romero drunkenly confessed his feelings to Norma after visiting his father in prison, and Norman attempted to kill James (Joshua Leonard) when a conversation turned sinister quickly.

The next episode of the season is The Pit. Caleb and Dylan find themselves confronted by a dangerous proposition, and Sheriff Romero decides to confront Norma.