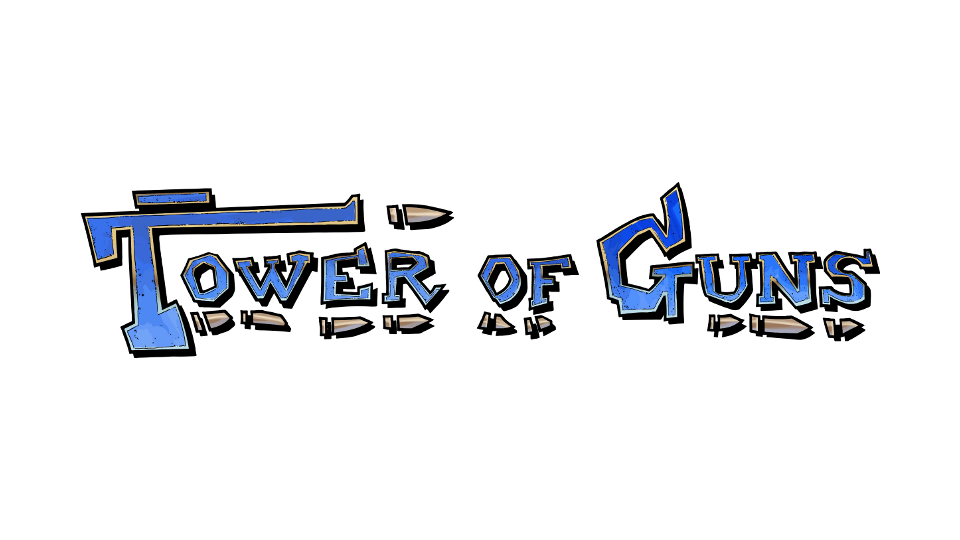 If you took an old school First-Person Shooter and mixed it with elements of roguelikes and bullet-hell shooters it would make for an interesting game right? Well that’s exactly what the developers of Tower of Guns have done. We’ve been checking it out on PS4 and Xbox One to see if it’s worth your time.

Your aim in Tower of Guns is simply to make your way to the top of a huge tower filled with guns. Each level features a bunch of connected rooms that you need to make your way through in order to make it to the next level.

Getting through the rooms is made difficult thanks to all manner of guns that stand in your way. There’s more guns here than you will have ever seen and each room is littered with them. From floor to ceiling almost every inch is absolutely covered with guns. Each gun is programmed to aim and fire in your general direction.

This means the air is filled with hundreds upon hundreds of bullets all with your name on. The guns come in all shapes and sizes but most are more like giant cannons that fire huge bullets your way. The bullets are slower moving than a normal gun but keeping out of their way requires constant movement, quick reactions and a little planning.

You don’t need to clear each room in order to pass it but it can be tougher if you don’t. Going for a mix of clearing easy areas while dashing for the exit on tougher parts seems to work well. You do need to stick around for boss fights though but you’d want to anyway as these can be really entertaining.

To make things more difficult you only get a single life and each time you begin your ascent the tower completely changes. This means a different set of rooms on each level each with different guns. The more you play the more you get used to the different types of rooms and guns that stand in your way. The randomisation is very welcome and keeps things interesting.

Before you embark you get to choose a single gun for your current attempt. On first playing the game you get a choice of a rubbish pistol or a gun that fires saw blades. The more you play the more guns will unlock and eventually you will probably settle on a favourite.

Your guns have unlimited ammo so require no reloading. The can also continually fire so it’s possible to just keep the trigger pressed in as you run around. A really neat touch is that the XP that you earn actually levels your gun up. As a gun levels up it becomes more powerful and this is key to tackling the higher levels and later enemies. Similarly taking damage will actually reduce your XP which can mean your gun dropping levels. At times you need to decide between moving or just taking the damage and losing the XP.

In addition to your gun of choice you can also pick a perk for each run. Our favourite is one that gives you an extra jump and as jumps can be stacked you can end up with the ability to double, triple, quad jump and more. Extra temporary perks are also picked up as you destroy the various enemies.

There are three modes of play available – Story, Dice Roll and Endless. Story mode changes each run and gives you a little story and reason for tackling the tower. Dice Roll brings random events to each room which can help or hinder. Finally Endless is a mode for those that want to compete and see how far they can get.

Tower of Guns is a blast to play and will appeal most to fans of old school shooters. The roguelike elements really keep it interesting and each run feels fresh. It’s not a game that you’ll play for hours at a time but it is perfect to dip into for a quick satisfying shooter experience.

In this article:Bullet-Hell, GRIP Digital, PS Plus, PS4, Terrible Posture Games, Tower of Guns, Xbox One