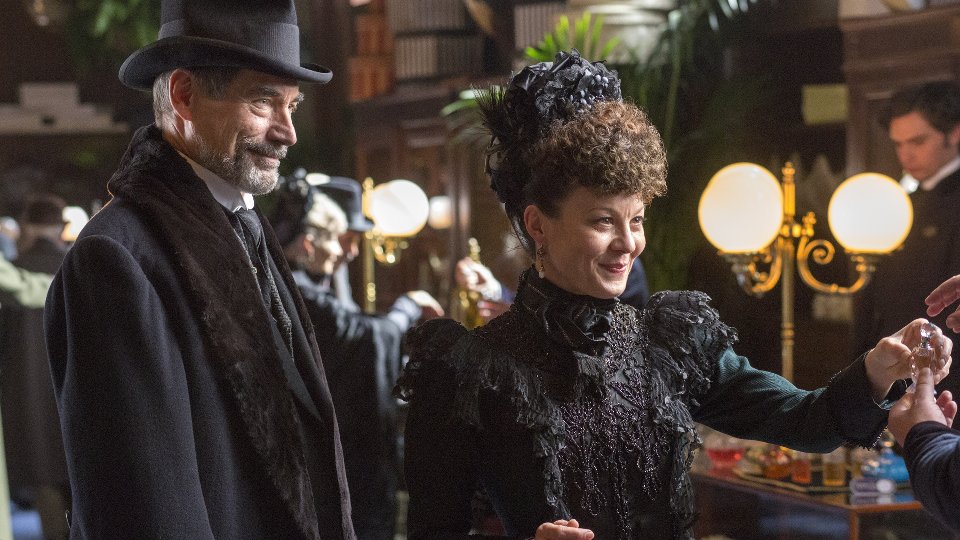 Penny Dreadful returned last week for a second season and Vanessa (Eva Green) and co are facing a new threat.

Evelyn Poole (Helen McCrory) played havoc with Vanessa by sending her an onslaught of occult images and sending a pack of witches after her for a frightening confrontation. She even enlisted the help of her daughter Hecate (Sarah Greene) to carry out her plan.

Elsewhere in the episode Victor (Harry Treadaway) brought Brona (Billie Piper) back to life, Caliban (Rory Kinnear) got a job at a waxwork museum, and Sir Malcolm (Timothy Dalton) returned to London.

The next episode of the season is Verbis Diablo. While a haunted Vanessa seeks solace with Sir Malcom, Evelyn Poole enchants the explorer and her daughter, Hecate, hunts down a prize.