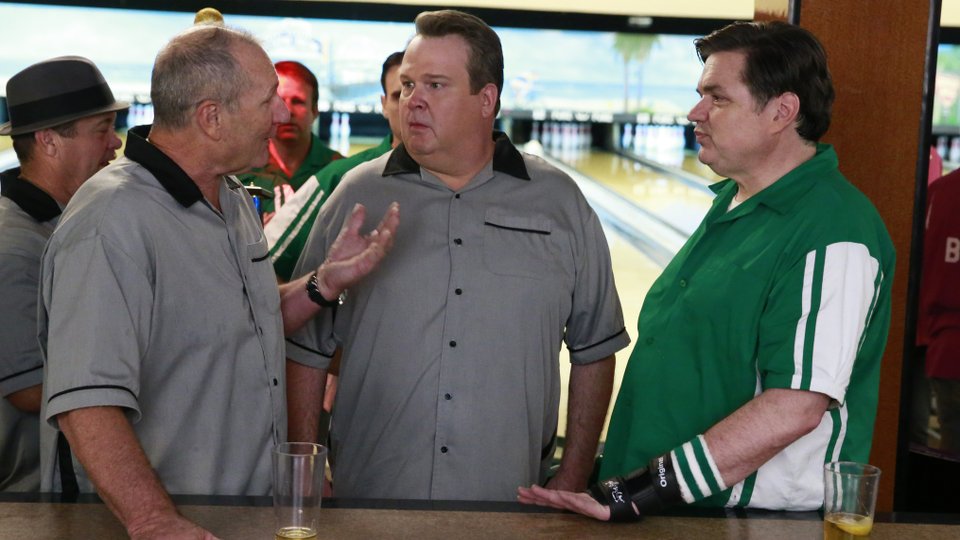 Phil (Ty Burrell) thought he had the perfect gift for Jay’s (Ed O’Neill) in the latest episode of Modern Family.

It’s safe to say that Jay’s reaction to Phil’s gift of a high-tech outdoor grill wasn’t exactly what Phil was hoping for. Claire (Julie Bowen) and Mitch (Jesse Tyler Ferguson) decided to offer to pay their father back for all the money he had loaned them and are surprised when he took them up on it.

Elsewhere in the episode Gloria (Sofia Vergara) taught Luke (Nolan Gould) and Manny (Rico Rodriguez) a lesson about alcohol, and Andy (Adam DeVine) was disappointed to discover that Haley (Sarah Hyland) had a new boyfriend.

The next episode of the season is Knock ‘Em Down. Jay switches sides after joining Cam’s  (Eric Stonestreet) bowling team, and Phil and Claire see a different side to their neighbours during an impromptu dinner.