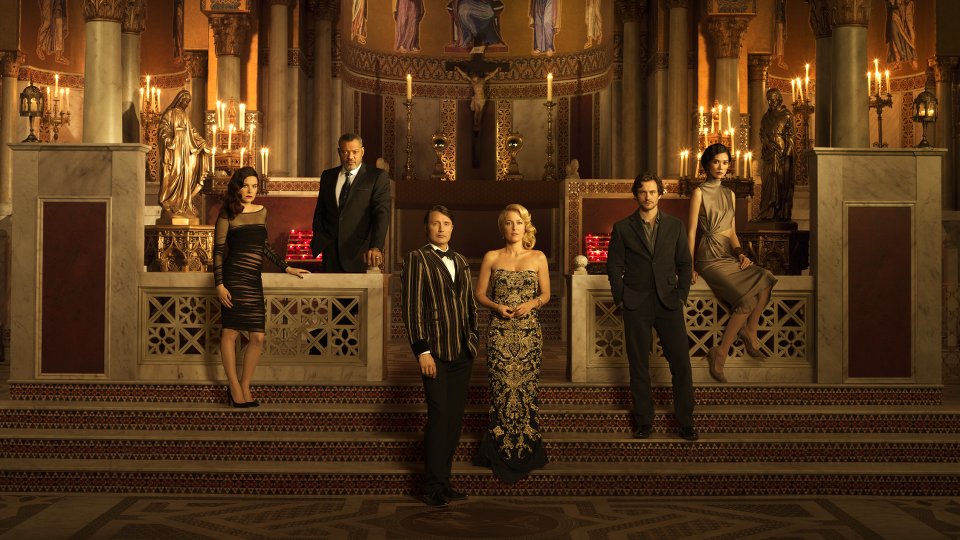 Hannibal returns in the US on 4th June, and hopefully soon after in the UK, for its third season and the tease has already begun.

Following the release of the Bride of Hannibal trailer this week that’s had fans wondering if Hannibal (Mads Mikkelsen) and Bedelia (Gillian Anderson) really have married, the new publicity shots for the season have been released.

You may remember at the end of season 2 the fates of Will (Hugh Dancy), Alana (Caroline Dhavernas) and Crawford (Laurence Fishburne) were all hanging in the balance but it seems that all three characters will be back for the third season. Is this a major spoiler for fans or is the show simply playing with us until the season premiere arrives?

Take a look at the gallery below and see the brand new publicity shots for the season: