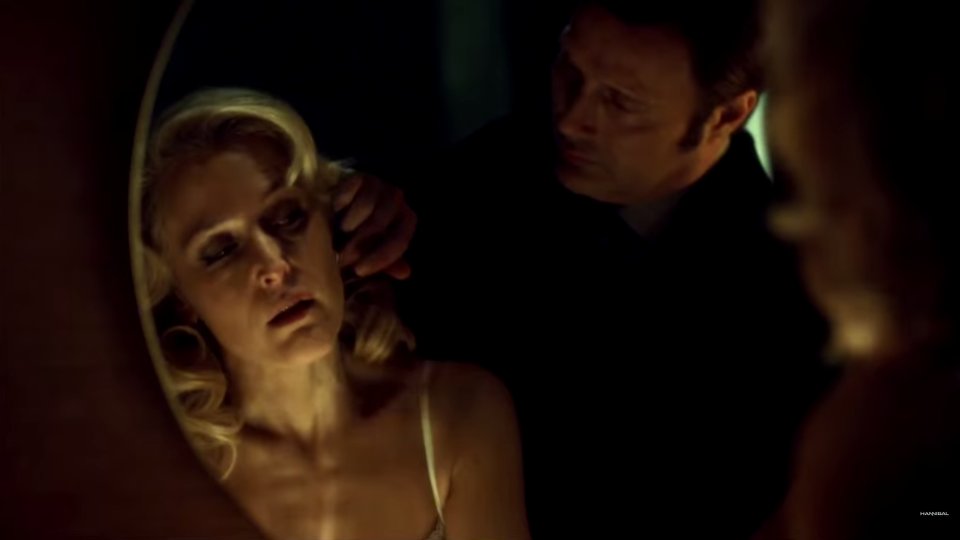 Did Hannibal fans just get served up an almighty surprise in the brand new promo entitled #BrideofHannibal?

The new teaser trailer suggests that Hannibal (Mads Mikkelsen) and Bedelia (Gillian Anderson) may have progressed their relationship to marriage. In the teaser Hannibal is seen referring to Bedelia as his wife but last we saw them Hannibal had fled the country with the reluctant doctor by his side.

Things are likely not what they seem and from the look of the trailer Bedelia is still scared of Hannibal but perhaps not completely against his murderous ways.

Watch the trailer at the top of this article and let us know what you think in the comments section below.

Hannibal returns in the US on 4th June to NBC at 10/9c in the US. It is expected to return to the UK on Sky Living HD shortly after.