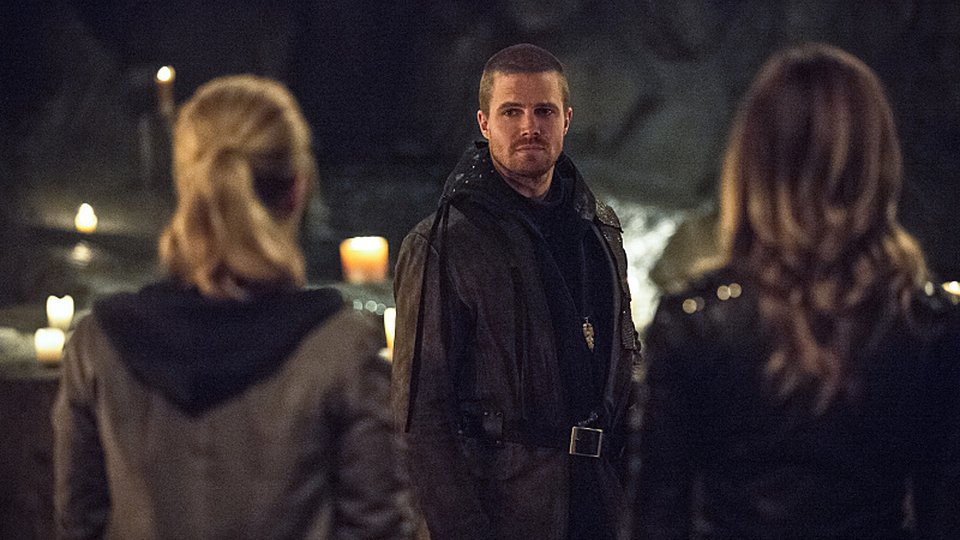 Oliver Queen’s (Stephen Amell) friends discovered that their former leader had transitioned to the dark side in the latest episode of Arrow.

Now known as Al Sah-him, Oliver led a mission to Starling City to retrieve Nyssa (Katrina Law) who was to be punished for betraying Ra’s (Matt Nable). Using Diggle’s (David Ramsey) wife as leverage, Al Sah-him returned Nyssa to her father and discovered he planned to force them to wed rather than kill her.

Elsewhere in the episode Laurel (Katie Cassidy) was left devastated when Nyssa was taken back to Nanda Parbat, Felicity (Emily Bett) struggled to cope without Oliver, and Thea (Willa Holland) adjusted to life after resurrection.

The next episode of the season is This is Your Sword. Oliver/Al Sah-him tackles the final two tasks on the road to ascension. Plus, after her resurrection in the pit, Thea visits Roy (Colton Haynes).