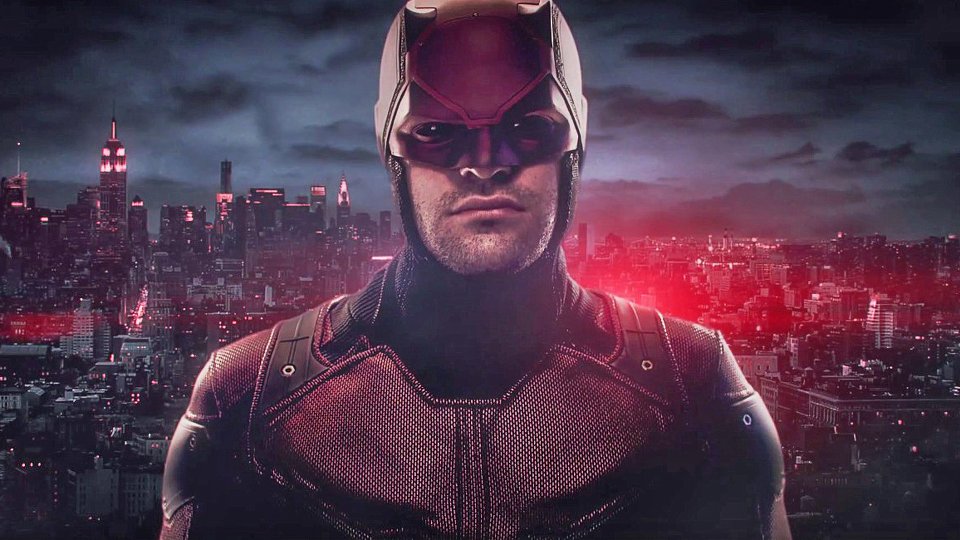 The first season of Marvel’s Daredevil arrived on Netflix last month and it proved to be a big hit with comic book fans and critics.

If you haven’t seen season 1 of Daredevil and don’t want any spoilers we suggest you stop reading now. If you have seen it and want to hear our thoughts on the next season keep reading.

With so many comic book heroes appearing on the big and small screen, Marvel’s Daredevil had a high benchmark to hit in order to impress. Offering a darker portrayal of the blind lawyer turned hero, Marvel’s Daredevil stayed true to its source material and packed a real punch.

The first season saw Matt Murdock’s (Charlie Cox) transformation from would-be hero to fully-fledged protector of Hell’s Kitchen. Along the way he came up against the Russians, the Yakuza, the Chinese and of course Wilson Fisk (Vincent D’Onofrio) aka Kingpin. Over the course of the season Matt tried to keep his true identity hidden working alongside his friend Foggy Nelson (Elden Henson) in their own law firm along with Karen Paige (Deborah Ann Woll), a woman they helped in the first episode of the season.

Whilst Matt battled crime across Hell’s Kitchen, Karen pursued a dangerous investigation into the company she was fired from. That led to the death of reporter Ben Urich (Vondie Curtis-Hall) and resulted in Karen killing Fisk’s right hand man James Wesley (Toby Leonard Moore).

By the season’s end Matt managed to stop Fisk from fleeing the city and put him in the hands of the police. The media labelled Matt’s alter-ego as Daredevil and we finally saw the iconic suit that the character is known for wearing.

The show will be back in 2016 for a second season and we’ve started to gather our thoughts on what we’d like to see.

1. Plenty of jaw-dropping action sequences. Hands up who didn’t think the fight sequences were spectacular? We held our breath at the tightly choreographed fights and marvelled at the skill of the stunt crew that worked on the show. You don’t get that in any network show do you?

2. Fisk’s vengeance. We don’t know at this stage if Fisk will be the main villain of season 2. We suspect he may be absent for part of the season due to his likely stay in prison but we imagine that he’ll be using all means possible to get revenge on Daredevil.

3. Karen dealing with her guilt. As of the end of season one, no one knows that it was Karen who killed James Wesley. She was seen struggling with her guilt and turning to drink, and we hope this storyline continues in season 2. Her desperate act could be the making or the breaking of her and either way it’s a storyline we can’t wait to see unfold.

4. Plenty of screen-time for Foggy. There’s no doubt that Foggy provides much-needed comic relief on the show but he also grounds the show with his ambition to do good in the city. He clearly has a thing for Karen, which will likely cause conflict with Matt at some point, and we enjoyed the parts of season 1 when the two characters worked side-by-side.

5. More people to learn of Matt’s alter-ego. Foggy and Claire (Rosario Dawson) both found out but Karen is still in the dark. We can’t wait for the moment that she finds out and we’re interested to see if it changes the burgeoning feelings she has for Matt.

6. Other characters from the Daredevil universe to be introduced. Whilst we don’t want it to turn into a multi-character mess like Gotham, we would like to see more characters join the show. If we had to pick we’d choose villain Bullseye and love interest/ninja assassin Elektra. All we ask is that there is a gradual introduction.

7. The beginning of the Marvel series crossovers. We know that there are several Marvel series in development at Netflix including Jessica Jones, Luke Cage and Iron Fist. We also know that all of the characters will come together in The Defenders. With at least Jessica Jones expected to premiere before season 2 of Daredevil there is plenty of scope for a crossover episode to set up the eventual The Defenders series.

8. More Claire. Rosario Dawson’s Claire wasn’t around too much in season 1 but there was a love interest/friendship development with Matt that can’t be ignored. We’d like more of Claire in season 2. If the character stays true to the comic books she’ll eventually end up in the Luke Cage series but there’s more to explore with Matt first and the character has been confirmed as a combination between the original Claire Temple and Night Nurse.

9. Stick (Scott Glenn). There’s no way we can’t expect more Stick in season 2. The character is linked heavily to Daredevil’s backstory and if our wishes about Elektra come true then he’s involved with her too. The episode of season 1 named after Stick was one of the best and there’s definitely unfinished business to explore.

10. A slightly faster pace. If there’s one criticism we’d level at Marvel’s Daredevil it’s that the pace was a little bit slow in the first few episodes. Granted there was a lot of setup to do and overall it wasn’t a huge problem but now the setup is out of the way, we’d like to see the storylines for season 2 a little bit zippier.

Marvel’s Daredevil will return to Netflix in 2016. What do you want from the next season? Leave your comments in the usual place and please keep them civil and constructive.

Advertisement. Scroll to continue reading.
In this article:Daredevil, Marvel's Daredevil