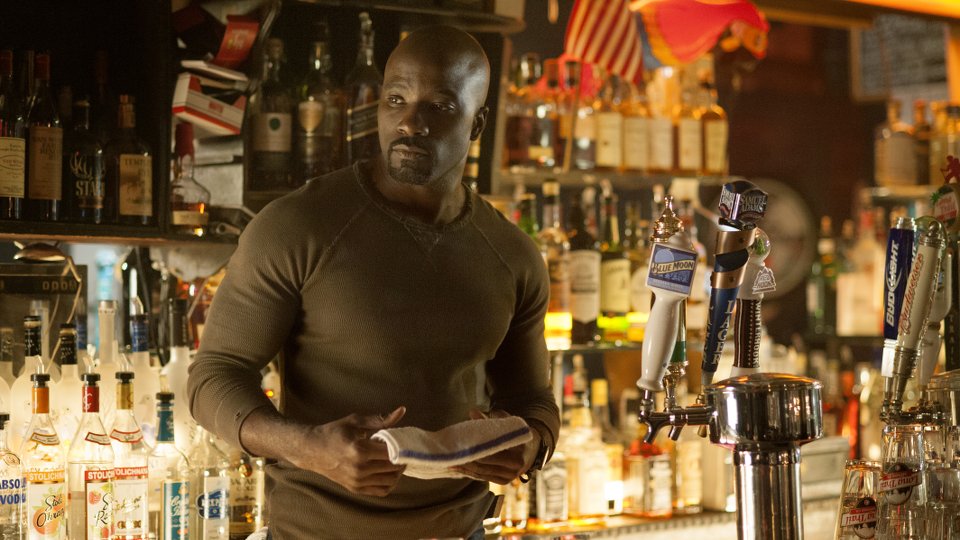 First things first – I am calling dibs on the band name “Luke Cage and the Defenders”. Right, now we’ve got that out of the way, let’s talk Marvel TV, Netflix, and the future of our favourite denizens of Hell’s Kitchen.

Until recently, Marvel’s most famous foray into live action television was their beloved version of The Incredible Hulk. Starring Bill Bixby and Lou Ferrigno, the show ran for 83 episodes and 3 made for TV movies. The few other live action shows that Marvel created were decidedly average – Night Man and Mutant X to name but two. They of course have had much more success with their many animated series and Saturday morning cartoons.

Things changed following the box office dominating success of the Marvel Cinematic Universe. They launched two new network shows – Marvel’s Agents of S.H.I.E.L.D. and Agent Carter. Tied to the wider mythos of the films, the shows were instantly more successful than the ones that had come before. But the real change was happening elsewhere. The Netflix renaissance was about to occur.

For the uninitiated, Marvel and Netflix released Daredevil last year to almost universal acclaim. It wasn’t just good by comic book standards, it was exceptional television. It’s clinical dissection of the crime and corruption in Hell’s Kitchen (all played against the backdrop of urban regeneration in the wake of the Avengers city levelling showdown with Loki and the Chitauri) was closer in tone and content to the The Wire than I think anyone expected, and as brutally violent as The Sopranos to boot.

The ghost of Ben Affleck was banished about halfway through episode one. By the time episode two climaxed with that bravura single shot fight scene, echoing Old Boy and The Raid, it was clear to everyone that this show was something special.

They followed Daredevil with the equally brilliant (arguably even better) Jessica Jones. Starring Krysten Ritter as the super strong, hard drinking private investigator, Jessica Jones is a different beast altogether. Less stylised and filmed in a more muted colour palette than Daredevil, but more grown up and complex.

Jessica Jones, on the surface, was the story of a sort of good girl versus a really bad guy. But it mined so much deeper than that, to give us a show that explored identity, free will and the dark corners of human nature. The show wasn’t afraid to ask serious questions and tackle tough themes, specifically regarding the abuse of women in all its forms: domestic, physical, mental and sexual. And people still say comics are for kids.

So how are they planning to follow this? Simple, with a couple of new shows inspired by cinematic genres from the 1970s of course; Blaxploitation and Kung Fu.

Luke Cage debuted in Marvel comics in 1972. An ex-con and gang member, he acquired his superhuman strength and unbreakable skin after being experimented on in prison. Viewers already know quite a bit about Cage, as he was given a big introduction to his own series with a seven-episode guest appearance in Jessica Jones, where he was portrayed by the very impressive Mike Colter.

So what do we know about the upcoming series? Marvel and Netflix are keeping the plot tightly under wraps, but we know it won’t be an origin story. Mike Colter himself has confirmed that the series will take place months after the events of Jessica Jones. Of course, they can always flashback to his incarceration, and the experiments that gave him his powers, if narratively required.

The series will find Luke in a new part of the city, Harlem to be precise, as he tries to get his life back in order. Will we learn more about the mysterious IGH? Will he find his way back to Hell’s Kitchen? Whatever happens, there is a terrific supporting cast being assembled around Colter, including Alfre Woodard, Theo Rossi, Frank Whaley and Sonia Braga.

Be prepared to clear a weekend some time in November when the entire first season lands on Netflix.

Luke Cage will then be followed onto the small screen by his occasional crime fighting compadre, Iron Fist. Originally appearing in Marvel comics in 1974, his alter ego is Daniel Rand, a native of New York City. Orphaned at the age of nine whilst on an expedition to the mythical city of K’un-Lun, Daniel is taken in and trained by martial arts master Lei Kung.

Ten years later he is sent to battle a fire-breathing serpent. After killing the beast, he plunges his fists into the molten heart of his enemy, thus imbuing him with mystical superhuman power, as well as the title of “Iron Fist”.

Which is all fine and dandy on the page, but with Daredevil and Jessica Jones, a televisual blueprint is already in place for the kind of world we are in. It is gritty, realistic and brutal, and we have no reason to think that Luke Cage is going to veer away from this.

So how the hell’s kitchen is Iron Fist and his mystical mitts going to fit in around here? Well, the internet scuttlebutt suggests not very well. The show was originally supposed to follow Jessica Jones, but was bumped to make way for Luke Cage. Having been in development for years, the casting of Daniel Rand was only confirmed last week, with the role going to Game of Thrones actor, Finn Jones. The only other confirmed cast member so far is Carrie Ann Moss reprising her role as hotshot lawyer Jeryn Hogarth, who we last saw in Jessica Jones. Rumours have been swirling for a while that the creative team led by Scott Buck and Scott Reynolds are struggling to settle on a definitive direction for the project.

That’s hardly surprising given how big a leap it is to go from the real world aesthetic of Daredevil and Jessica Jones into a superhero story that has it’s origins in 1970s Kung Fu movies and mythical dimensions. Then again, all of these stories exist in the wider Marvel Cinematic Universe, and let us not forget some of the far-out craziness going down in those films. Holes in the sky. Giant monsters. Red Skull. Dark Elves. Frost Giants.

I say Marvel and Netflix should just embrace the origin of Iron Fist. In the wake of everything else in the MCU it’s really not that weird.

This is the first of all these shows that has shown signs of a difficult development process. Let’s hope that the casting announcement is a sign that things are moving in the right direction.

And that direction will eventually lead, as is the way of the superhero world, to these four lone wolves banding together to become a crime-fighting super team known as The Defenders. This is a very exciting prospect.

According to IMDB this is due to air in 2016, but I think we can confidently push that back at least a year. With Luke Cage arriving as late as November, and Iron Fist only just being cast, there could be quite a wait for this gang to get together.

But with season 2 of Daredevil only a few weeks away, I think we’ll be okay.

Watch the trailer for Daredevil season 2 below: 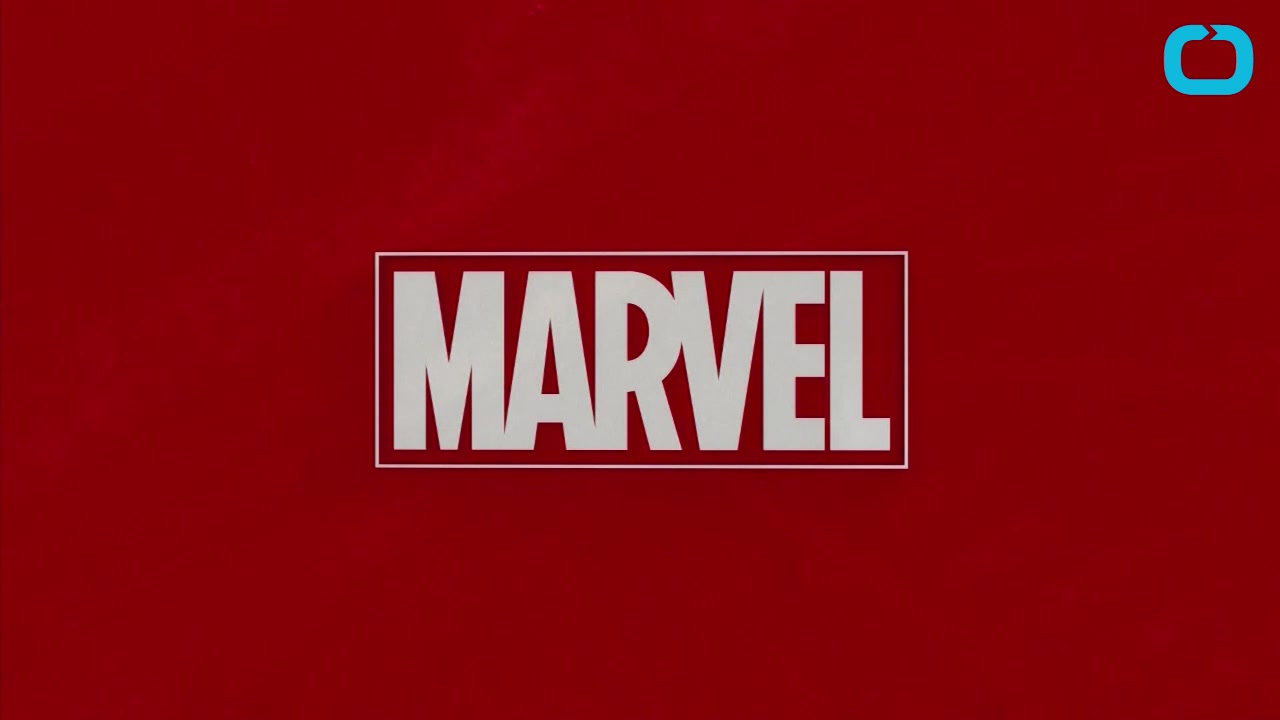