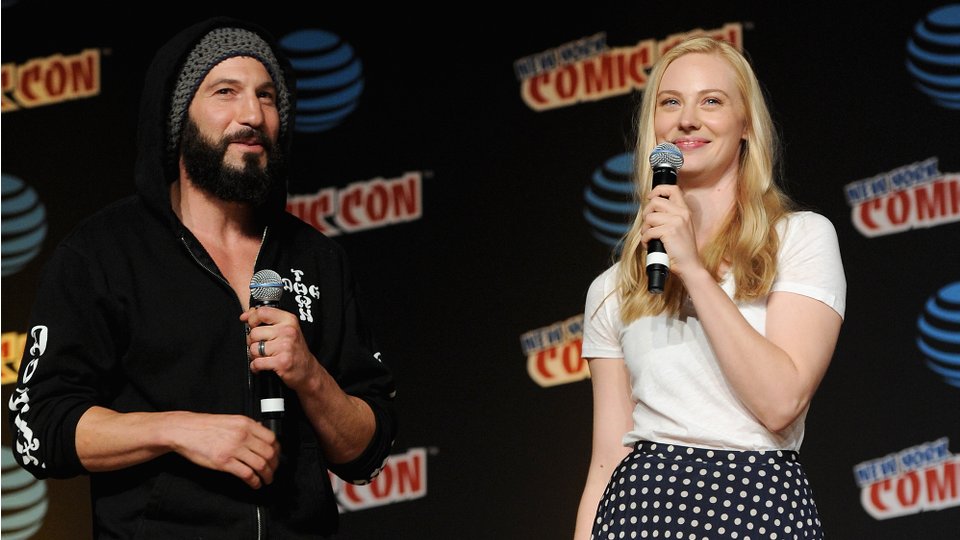 Jon Bernthal, who will be playing the title role of Frank Castle/The Punisher, will reprise his role from Marvel’s Daredevil in the new series and he’ll be taking Deborah Ann Woll’s Karen Page with him.

In the second season of Marvel’s Daredevil Karen was integral to Frank’s storyline and two formed a close but uneasy bond when she became his lawyer. Deborah’s move to Marvel’s The Punisher is not expect to remove her from Marvel’s Daredevil, and as far as we know as this point she’ll be back for that show’s third season.

Deborah joined Jon on stage at New York Comic Con to make the announcement and we can’t wait to see how Frank and Karen’s relationship pans out when Marvel’s The Punisher arrives on Netflix.

Fans were also treated to the first trailer for Marvel’s Iron Fist last night and Marvel’s The Defenders appeared together on stage for the first time before announcing Sigourney Weaver would be joining the series.