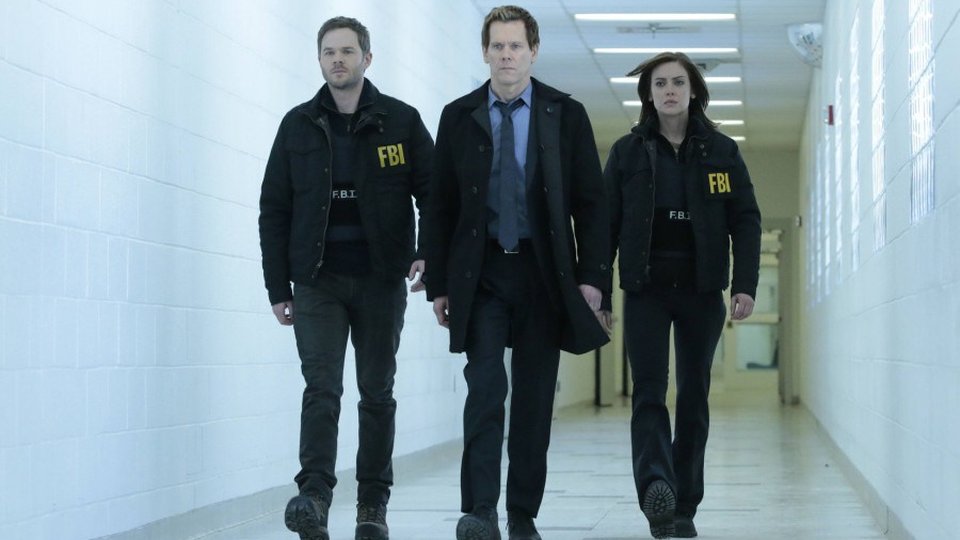 The Following did something it’s been promising all season in its latest episode but it still came as a massive shock.

If you haven’t seen the latest episode of The Following and don’t want any spoilers, we suggest you stop reading now. If you have seen it and want to relive all of the action, keep reading.

The day of Joe Carroll’s (James Purefoy) execution arrived and anyone who thought he would go out quietly was sadly mistaken. As Joe was being prepared for his lethal injection, he managed to take down a guard with a makeshift shiv and create a tense hostage situation. He used the opportunity to demand that Ryan Hardy (Kevin Bacon) come to the prison otherwise he would kill his hostages.

Much to Gwen’s (Zuleikha Robinson) dismay, Ryan hotfooted it over to the prison with Max (Jessica Stroup) and Mike (Shawn Ashmore) by his side. Ryan flew solo as he went to the room Joe was holding his hostages and exchanged himself for one hostage. Joe forced Ryan to handcuff himself and once in the room Ryan was stunned. When he woke up, Ryan had a wire noose around his neck as Joe taunted him to admit the true nature of their relationship.

At first Ryan was reluctant but eventually he gave in and admitted he did dream about Joe and in those dreams the pair were friends. Finally hearing what he wanted to hear, Joe released Ryan who retaliated by punching him in the stomach. Joe happily surrendered, Ryan diffused the hostage situation and he led his nemesis in the direction of the guards.

Theo (Michael Ealy) went in search of Penny (Megalyn Echikunwoke), a woman who turned out to be his sister and was aware of his evil deeds. The hard-partying, and drugged-out Penny, was found in a drug den and Theo took her home after killing her latest boyfriend. Once they arrived home, tensions quickly rose between the two as they watched the prison hostage situation unfold on TV. Theo began to panic as Joe was the key to solving Strauss’ (Gregg Henry) code so he hacked into the prison security to see what was going on.

When he turned his back, Penny unlocked the doors in the prison as Ryan was leading Joe back into police custody. The group was attacked by the inmates with one of the hostages and other almost raped. Ryan stopped them with some seriously violent behaviour before going to Joe’s aid, who was almost killed by an inmate he’d been taunting since his arrival at deathrow.

One the drama calmed down and the hostage situation ended, Theo managed to break Strauss’ code thanks to Penny directing him to books that Joe and Strauss had in common. Using a phrase from Lovecraft, Theo managed to decipher the code and discovered co-ordinates for a location.

With Joe back in custody, the execution went forward with Ryan watching from the gallery. As the lethal injection began, Joe looked at Ryan and shed a tear as he breathed his last breath. That’s it folks, Joe Carroll has left the building…

Put your drinks up

Instead of going home to a distraught Gwen, Ryan chose to go to a bar and toast to his former nemesis. Taking two shots of whiskey, the recovering alcoholic began on the path to self-destruction and hallucinated that Joe was with him. We think Gwen is going to be pretty pissed off in the next episode…

The Following continues at 9/8c Mondays on FOX in the US and 9pm Saturdays on Sky Atlantic HD in the UK. Watch the preview for next episode Demons below: