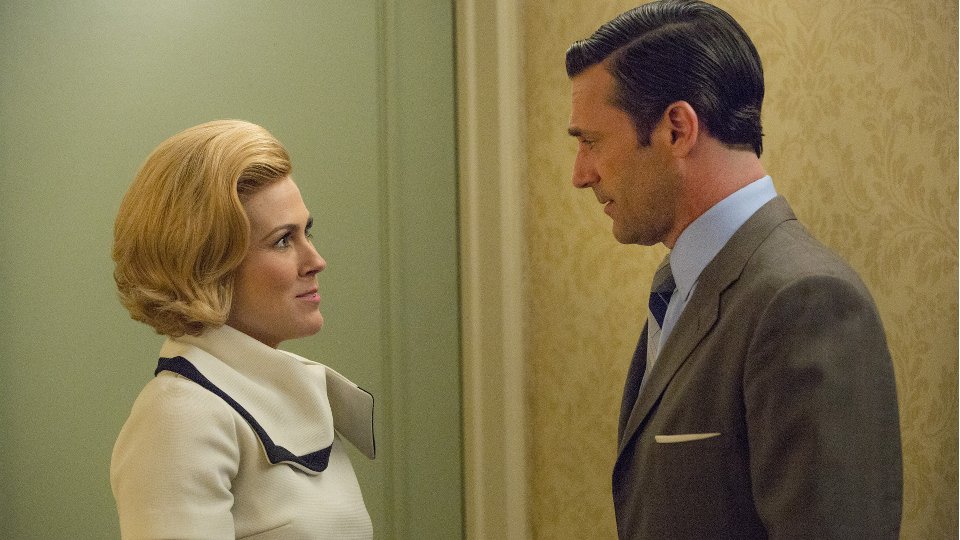 Don Draper (Jon Hamm) finalised his divorce from Megan (Jessica Pare) in the latest episode of Mad Men and felt the wrath of her mother (Julia Ormond).

After giving Megan a very generous cheque, Don returned home to find that his apartment had been completely cleared out and Megan’s mother had taken all of his furniture. Megan meanwhile blamed Don for ruining her life and took an awkward meeting with Harry (Rich Sommer) where he tried to make a pass at her.

Elsewhere in the episode Don got to know more about Diana (Elizabeth Reaser) and discovered that she had left her daughter and husband to start a new life. Peggy (Elisabeth Moss) and Stan (Jay R. Ferguson) found themselves being hit on by photographer Pima Ryan (Mimi Rogers) following an ad shoot.

The next episode of the season is The Forecast. Roger (John Slattery) palms off a project on Don, while Joan (Christina Hendricks) goes on a business trip. Elsewhere, Peggy and Pete (Vincent Kartheiser) struggle to agree.