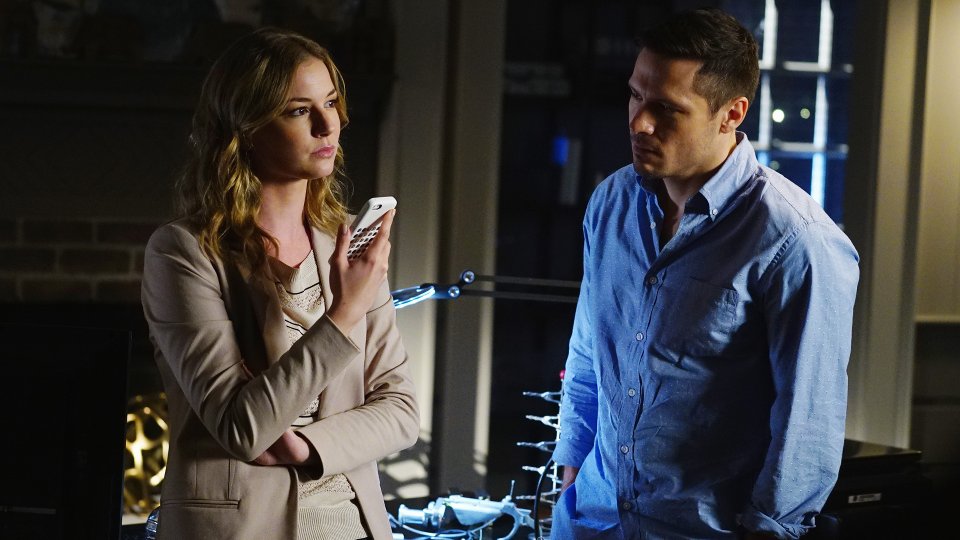 After blackmailing Ben for Emily’s birth certificate, Margaux thought she had the upper-hand until it was revealed that Ben had told Emily everything. They tracked down Ben’s ex-wife and protected her from an abusive ex-boyfriend Margaux had sent her way.

Elsewhere in the episode Victoria (Madeleine Stowe) managed to catch Natalie (Gina Torres) out meaning she got her hands on her former father-in-law’s inheritance, Lyman (Sebastian Pigott) took a nasty fall to his death after Louise (Elena Satine) caught him stealing information from Nolan’s (Gabriel Mann) laptop, and Margaux sent the police after Jack (Nick Wechsler) after paying them to arrest him for drink-driving.

The next episode of the season is Loss. Emily fights her hardest to clear Jack’s name, both in and out of court, while newlyweds Nolan and Louise receive a visit from Officer Ben Hunter.