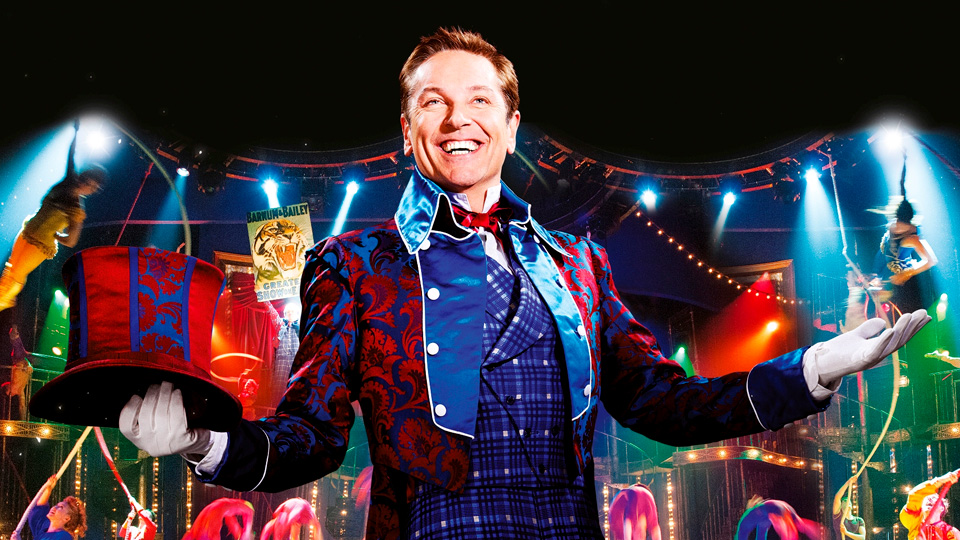 The circus comes to Leeds this week as Barnum, the award-winning 1980 Broadway musical, rolls up into the Grand Theatre with pomp and ceremony.

Set from 1835 through to 1880, the musical follows the story of American showman Phineas T Barnum as he sets up a museum, tours with a leading starlet and breaks into politics. Soon his successes begin to crumble and he realises that the true value of life is to be found with his unwavering wife Chairy and his original passion as ringmaster to the greatest circus in the world.

Cameron Mackintosh brings a slightly revised version of Barnum to the stage some thirty-five years after its origination on Broadway. Famed for its extravagant choreography, evocative design and upbeat musical numbers, Mackintosh’s expansion includes an additional song and the producer’s exceptional West End production standards.

Television favourite Brian Conley assumes the role of Barnum, using the character to showcase his own natural showmanship. Skilled in song, drama and comedy, Conley extends his talents to dance and acrobatics, bringing a gravitas to the ringmaster with his identifiably gravelly tones. Like all fine showmen, Conley dominates the stage with personality, charm and real pathos. His Barnum also feels authentically all-American, channeling shades of Michael Landon in his optimistic charm and wholesomeness. It is an extraordinary performance that stands out as the keystone amongst the frenzied architecture of stunts and choreography which form this busy, frantic musical.

Supporting among a large ensemble is Linzi Hateley as Barnum’s wife Chairy, providing an assuring sensitivity and believable strength of character who is more than a match for Conley’s Barnum. Georgie Ashford showcases a beautiful vocal clarity as celebrity songbird Jenny Lind, particularly in the musical number Love Makes Such Fools of Us All, memorably performed amongst silks and dancers flown from high.

An extensive ensemble provides a world of business on stage which is tirelessly impressive. From lifts to cartwheels, flips and trapeze, there is no shortage of dextrous skill: Mikey Jay-Heath stands out as the pocket-sized Tom Thumb in a hilariously grand song-and-dance routine, whilst Edward Wade assumes a number of comedic and physical roles with great adaptability. Landi Oshinowo also delivers a memorable turn as the 160-year-old Joice Heth in an expertly choreographed slapstick routine.

Ian Townsend’s musical direction is celebratory and conducts with verve and a carnival-like energy befitting of a circus spectacle. The brass is punchy and powerful, complete with underscoring which is whimsically playful. Barnum’s major number, Join The Circus, is particularly explosive and remains one of the show’s most memorable songs with good reason, as it celebrates a pivotal story point as well as typifying the heart of circus life.

Barnum’s staging and direction attain a superlative standard in stagecraft. Andrew Wright’s complex choreography presents an organised chaos with a mosaic of movements and activity which is almost overwhelming in detail. Designed in multiple levels with moving elements and a steampunk flavour, the set is shaded with a lighting pallet that evokes gas-lit footlights and open-air moonlight in an authentic period fashion. Enriched with technicolor costumes and fabrics, the show enforces an indelible tapestry of saturated imagery.

There is a genuinely immersive feel to Barnum that relentlessly wins over its audience; it reaches out with performers warming up in the auditorium space, dangling from the dress circle and teasing its punters with fun-filled calamity. The show also owes much to Victorian music hall, providing a comedic intimacy between its leading man and the audience which inevitably engages all ages. Borrowing from all of the best theatrical traditions, Barnum is a sensational spectacle, serving a rousing extravaganza that celebrates a bygone age of showy exhibition. Engaging, uplifting and genuinely intensifying, it is an all-inclusive marvel of magic, wonder and awe. Roll up and see it before it leaves town.