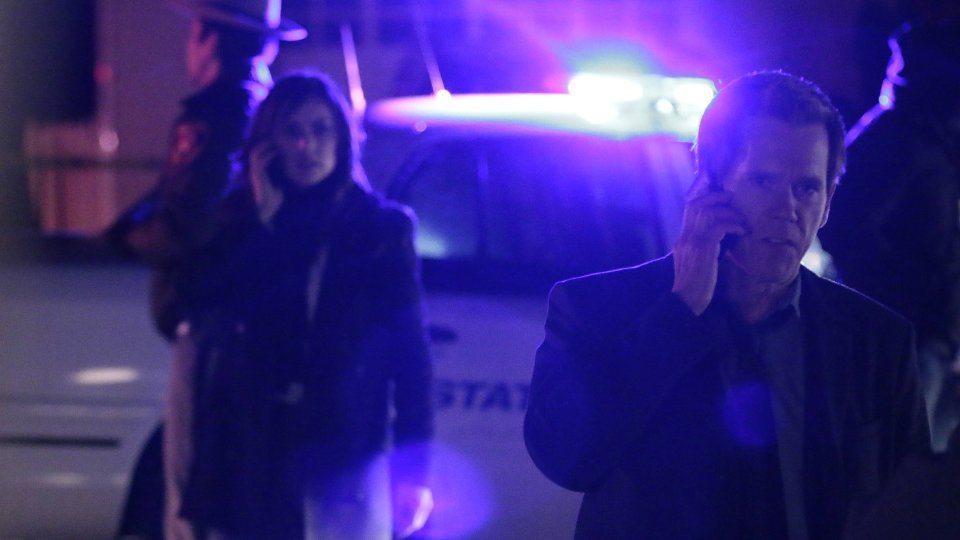 Fresh from her recovery, Max was back to work and she tracked down the hacker that was helping Arthur Strauss (Gregg Henry) to security firm Manitech, the company that manages the FBI firewall. After arresting the wrong person, Max found herself in danger as Theo (Michael Ealy) killed the intern that was helping her and came within inches of killing her too before being interrupted by the FBI.

Elsewhere in the episode Ryan (Kevin Bacon) and Mike (Shawn Ashmore) tried to track down the man who helped Strauss with fake IDs only to discover a lot of bodies in the process after Theo helped Duncan (Tim Guinee) escape from police custody.

The next episode of the season is Flesh & Blood. When Ryan takes matters into his own hands he finds himself in dangerous territory, while a new threat tries to cover his tracks.

Tune in to FOX at 9/8c in the US on Monday and Sky Atlantic at 9pm in the UK on Saturday to see the episode. Preview it with our gallery: