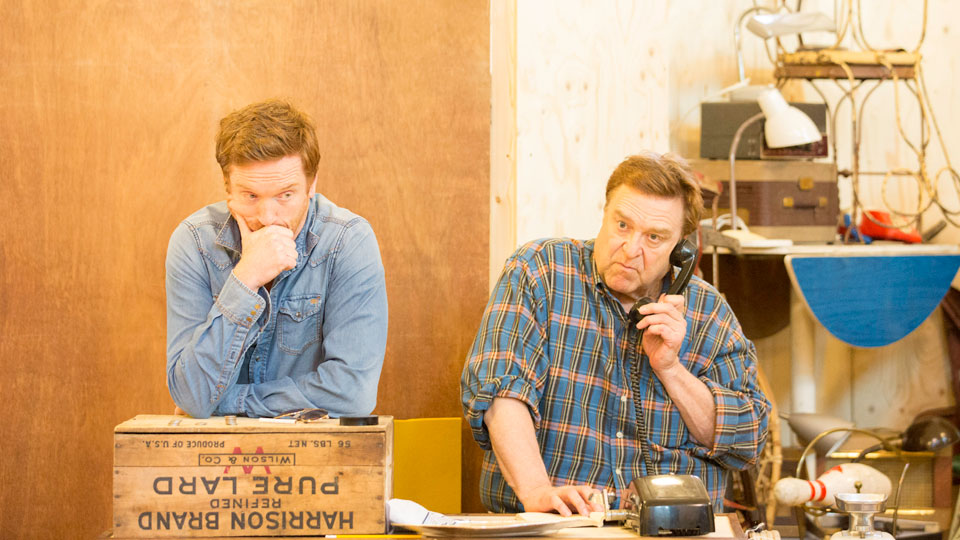 Check out the images from rehearsals of the upcoming production of American Buffalo starring Damian Lewis, John Goodman and Tom Sturridge. The production, which is directed by Daniel Evans, will play for a strictly limited season at Wyndham’s Theatre, with previews from 16th April.

Photos are by Johan Persson.