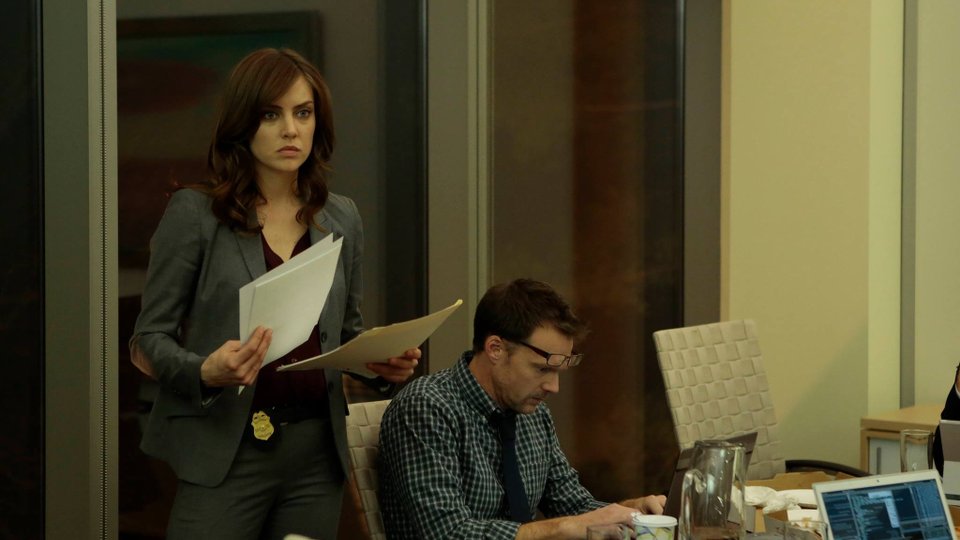 Arthur Strauss (Gregg Henry) reunited with his best student in the latest episode of The Following but it cost him his life.

The evil doctor invited Theo (Michael Ealy) to see him in a remote cabin following the completion of the student’s tasks to cover his tracks. Upon arrival Theo killed Strauss but let Daisy (Ruth Kearney) live before returning to his wife and two small children.

Elsewhere in the episode Ryan (Kevin Bacon) and Mike (Shawn Ashmore) investigated the town of Beacon after noticing a high number of unsolved missing people cases. They uncovered a serial killer who had ties to Strauss but hid in plain site in his community. Meanwhile Max (Jessica Stroup) took some time to recover following her brush with death.

The next episode of the season is The Hunt. While Ryan and Mike turn their attentions to a new threat, Max comes hair-raisingly close to a deadly menace on her return to work.